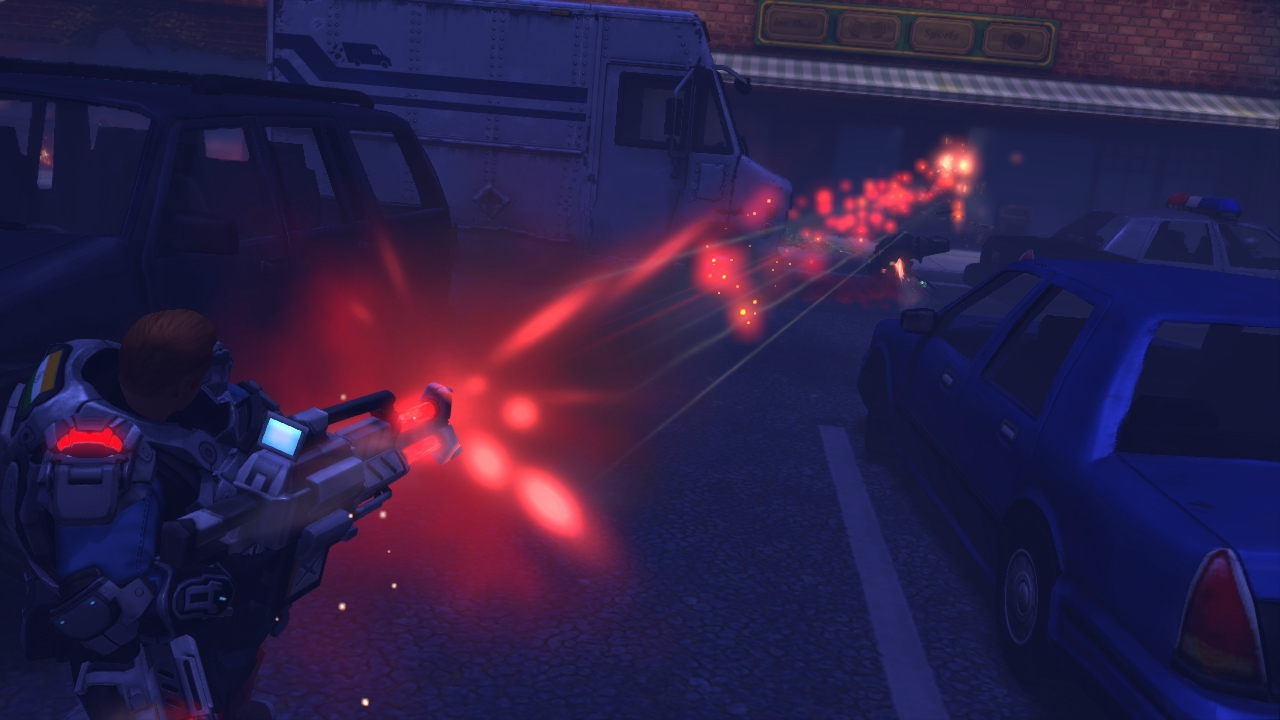 This is the kind of update where people who know me are going to assume I've been brainwashed or replaced with a pod person. I just got back from seeing the new version of XCOM and speaking with some key members of the team, and I have to admit, I think I was wrong about the small squads. When I first played the game, I thought having only four squad members (six if you research the right upgrades) on the map was a terrible idea. After all, having lots of rank and file cannon fodder is sort of one of the defining characteristics of the game. In a bizarre mix of luck and straight up Darwinism, your better troops would rise through the ranks, standing, sometimes quite literally, on the bodies of those who weren't fast or strong or brave enough to make it.

Lead Producer Garth DeAngelis and Associate Producer Peter Murray offered some explanations of the small squad sizes today that have started to turn my thinking around. First, says Peter, it forces the game to be about tactics rather than mere logistics. In the original game, you could load up 24 of your best soldiers and simply overwhelm an entire terror mission through sheer force of numbers. Now you don't have enough soldiers to do an edge-to-edge sweep, which means you'll have to play more intelligently as you clear levels.

Second, because you have fewer soldiers, each move becomes more and more meaningful. The old game featured plenty of final turns where I wasn't even moving my whole squad anymore. I'd just take a group of four or five of my best guys and use them to clear out the final corner of the map, skipping everyone else's turns. With fewer soldiers, each move is probably going to matter more, both in terms of tactics and in terms of emotional investment. On that topic, the ability to manage to promotion paths of the soldiers, not to mention renaming them and changing their appearance, will mean that, though the deaths are fewer, they're just as meaningful as before.

DeAngelis admitted there was a small army at Firaxis who advocated for more soldiers, but that the design kept pushing the producers towards smaller teams. Firaxis drew up a laundry list of elements that made the tactical battles in the original game so great - turn-based resolution, fog of war, destructible environments, permanent death. Large squads not only wasn't on that list, but even worked against some of the concepts that the team felt established a continuity with what people loved about the old game.

I'm not entirely on board, but I'm slowly starting to see the point of reducing the total number of soldiers. I'm still curious how the game scales towards the end. After all, having 24 flying soldiers armed with psionic abilities and backed up by tanks is one of the things I associate with the final levels of the game. In the meantime, I'm optimistic that Firaxis will deliver a game that feels like an homage to the original while also offering something new and original.