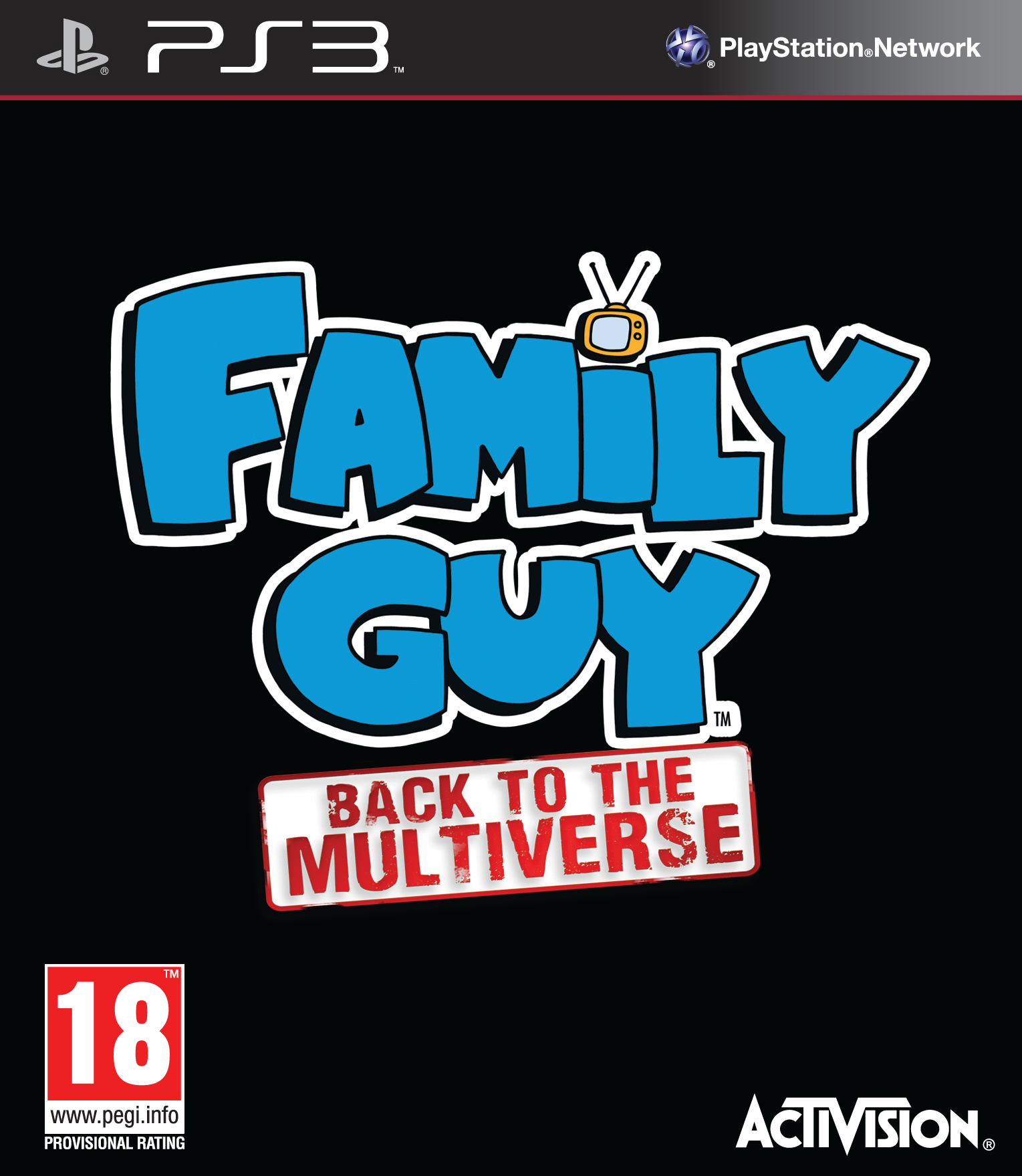 Taking its cue from the Family Guy episode, Road to the Multiverse, Activision has partnered with Family Guy creator Seth McFarlane to create Family Guy: Back to the Multiverse,. The new game, available for Xbox 360 and PC this September, will follow Brian and Stewie as they journey across ten universes to fight Stewie's evil twin brother, Bertram. In keeping with the content of the show, THQ jokes that, for the rating, it's going for "a hard M."

The box art reveals a few clues about where the pair might be going, including Peter dressed as a pirate, bazooka-armed survivalists in wheelchairs, deformed Christmas elves, and a host of other strangeness. The one level we did see was from the Amish Universe. Here Bertram has invented rapidly growing seeds, which provide the Amish with their most precious resource, wood. In return, he's asked the Amish to kill his pursuers, Brian and Stewie.

Players can switch freely between Brian or Stewie, or even play both in local-only co-op. Brian's weapons, like the sniper rifle and 9mm pistol, are usually fairly realistic, while Stewie's gadgets include laser pistols and grenades made out of full diapers. As an added bonus, the diapers can be ignited once they explode to literally add injury to insult. Some of the other weapons and tools are drawn from the show, from Stewie's golf club melee weapon to the giant chicken, which hatches out of an egg and then runs around beating the crap out of people.

As with the South Park game, the humor in Family Guy is spot on. From the "Totally hatless" male strip club to the stop sign that simply reads "Whoa," the Amish universe is full of gags that would be right at home in a Family Guy episode. The abundance of cameos and voice actors makes the experience even more authentic. The game will even include additional playable characters in the four-player local multiplayer modes.