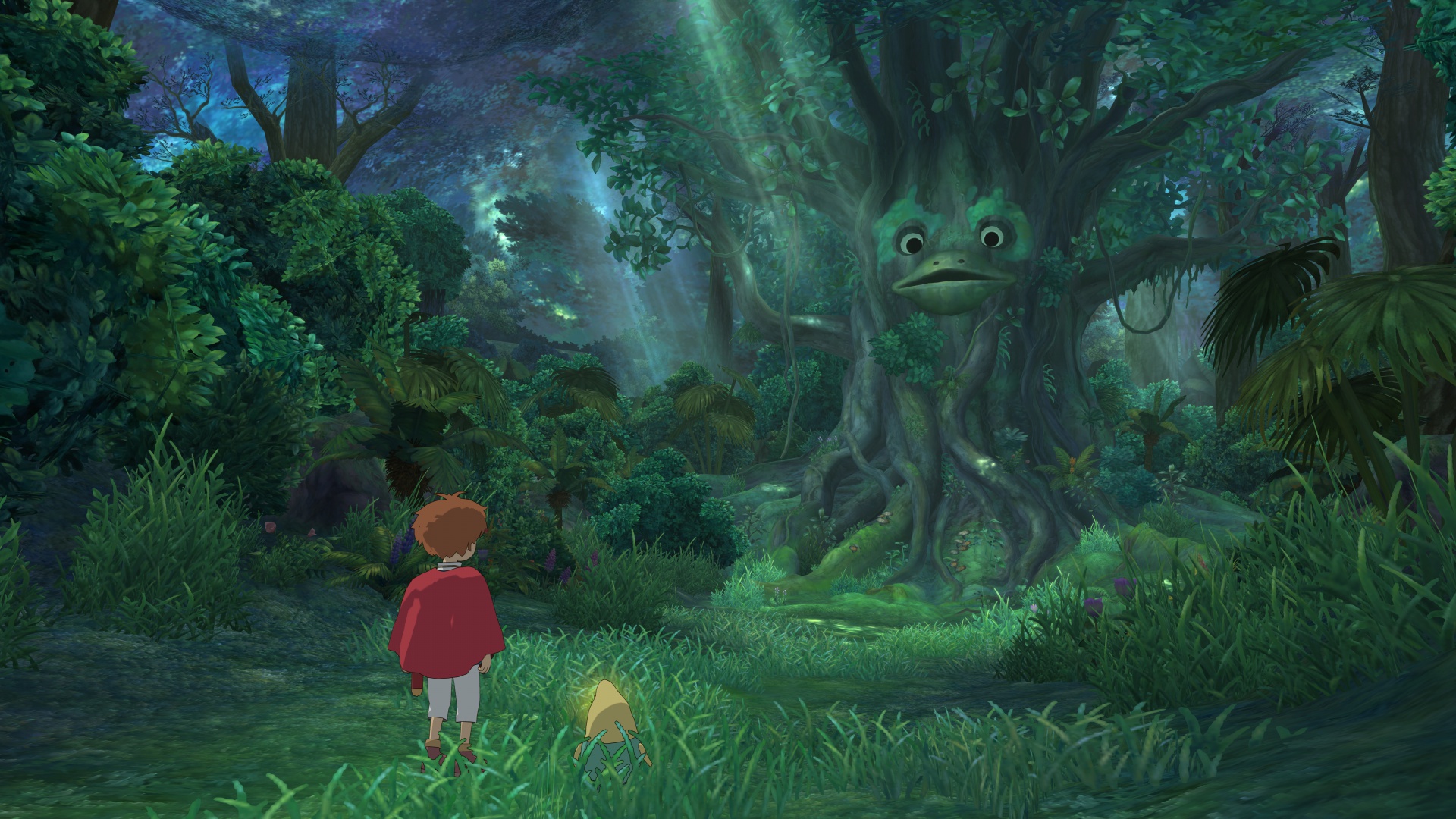 It's hard not to immediately fall in love with upcoming PS3 exclusive Ni no Kuni. Aside from being styled and animated by the legendary Studio Ghibli (Spirited Away, Howl's Moving Castle, Princess Mononoke), Ni no Kuni's story of Oliver, a young boy on a quest to reunite with his recently deceased mom, is made of the stuff that makes you feel soulless for not smiling anytime it's in front of you. Of course, a story and setting aren't enough to completely carry a game; the interactive bits have to work just as well. I'm happy to report that beneath the tear-jerking idea of the little boy's adventure and the magically whimsical land he explores, lays a solidly constructed combat-driven RPG.

The story begins with Oliver's mom passing away. Understandably distraught, the boy begins to cry on top of a strange stuffed animal left to him by his mother. The sorrowful tears magically bring the doll to life, who soon introduces himself as Mr. Drippy, a long-nosed creature with a lantern inserted awkwardly through his septum. Drippy informs Oliver that there's another world out there where all humans and animals have analog selves. The idea is that because there is "another" version of his late mom somewhere over the rainbow, a quick journey to the other side might just provide a solution to bringing her back. Oliver and Mr. Drippy embark, and the adventure begins.

Along the way, Oliver picks up some friends, forming what, at least in the demo, was a three person group. While the number seems rather standard for RPG-fare, I soon realized that my party was actually quite larger, as each person came with two or more strange little creatures called "familiars," each packing unique elemental powers. With an army of twelve fighters, things may have gotten out of hand without Ni no Kuni's smooth control system.

The demo picked up somewhere a bit out of context--I think I was in some sort of pig country--so I found myself rather suddenly squaring off with a giant pig-tank. As the battle began, the scene maintained its 3-D depth, and defaulted my control to Oliver while the other characters in my party started to attack on their own. I was then able to freeze the action, access a menu, and assign attitudes to my comrades such as "Keep us healthy!" or "Watch our backs!" With the AI set to heal and support my attacks, I was then able to summon my familiars, silly little dudes with elemental spells. At any time, I was able to switch from Oliver to one of his familiars, or from either of them to another party member, or one of their familiars.

Selecting a character gave me a small menu of stereotypical RPG options: defend, attack, use ability, and so on. Because each character (at least in my game) only came with one or two special moves, it's important to build the proper collection of traits (someone with fire spells, winds spells, melee damage, etc.) in order to handle any situation you happen to come across. While choosing and executing these moves, I was given a full range of motion to walk around the battle area though, at least in this battle, I found no tactical advantage of being in one spot over another. The simple act of moving, however, helped keep the pacing feel fresher than simply being frozen as part of a line while choosing my next move in a more standard RPG title.

Unfortunately, my demo time expired before the battle concluded, so that pig-tank is still active. Be careful out there.

Aside from the battles, there's much to explore in Ni no Kuni, and the vibrant, beautifully drawn world you'll explore alongside Oliver is worth the time. Ghibli's signature style matches perfectly with a videogame medium, giving what seems to be a sharply designed RPG a wonderful framework to live in. Definitely check this one out when it hits in late January of next year.