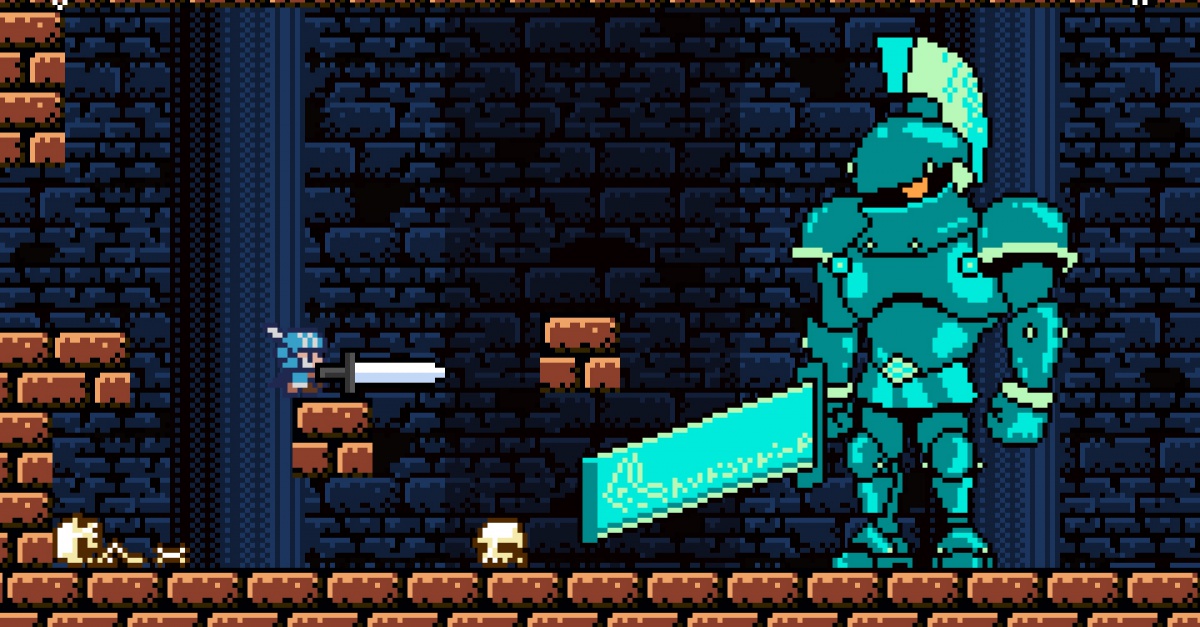 Meet the creator behind Castle in the Darkness after cracking open a secret developer room.

Games like Castlevania: Symphony of the Night and Super Metroid are all about exploration. Uncovering each and every section of the map to incrementally increase that completion percentage is an obsession for some. Just like those open-ended 2D platformers, Castle in the Darkness is jam-packed with strange secrets, other-wordly Easter eggs, glitched-out worlds, and one particularly tough developer room.

Developer rooms are a pretty common Easter egg. Probably the most well-known is John Romero's severed head in Doom 2 carefully hidden behind the final boss texture. The staff appears to say hello in Chrono Trigger's last ending, and a silly shooting range with developer heads appears in Saints Row 4. Don't go stumbling around in the darkness alone trying to find the latest indie take on a gaming staple. We did all the work for you.

How to Find the Secret Developer Room

The one man development team behind Castle in the Darkness appears in-game along with a nice message to his fans.

To find the developer house, climb up to the top of the Clock Tower at the start of the game. Reach the left section of the tower roof, then make a leap of faith. There's a tiny ledge in the left-corner of the screen below. Grab the Wing Boots, unlocked later in the game, to make this jump easy. The ledge leads to a house with a key symbol above the door.

It takes three hard-to-find keys to get inside and earn the hidden "Dev Room" achievement. Matt's Keys are always located behind fake walls, and usually paired with a tricky platforming challenge. Check out the tips below to track these secrets down. 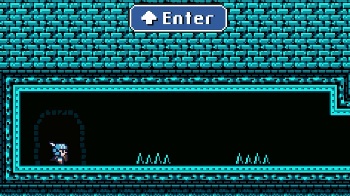 The first available key is located in the Castle Entrance. To reach this location, you'll need the Wing Boots and the Ruth Key.

Wing Boots are found before the second Frog Knight boss fight in the Grand Hall.

To collect the Ruth Key, travel to the House of Ruth. Reach the first Save room, then travel up and left until you encounter the spectral phantom boss. The key is found in a chest beyond the boss arena.

Return to the Castle Entrance with the key. Go to the save point closest to the Torture Chamber path -- to the right of the dark room requiring a torch, enter the doorway to a narrow hallway with two sets of four spikes on the ground.

There's a secret wall to the left of the doorway in this hall. Jump through the permeable block and enter the red door. There's a challenge room ahead with the developer key at the top. 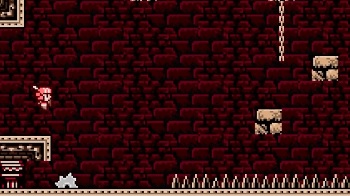 The second key is found deep within the agonizingly difficult Torture Chamber. To reach it, get the Torch from the Windy Ruins. Grab it before the first boss encounter.

Enter the Torture Chamber through the Castle Entrance and reach the third Save point. Continue until you reach a room covered in floor spikes in the right corner.

There's a single sawblade and square platforms leading up. One of the platforms features a hanging chain.

From the entrance into this room, drop below the balcony ledge and step into the alcove. The floor is made of fake blocks, allowing the hero to fall.

Step right and you'll reach the key location. It takes a very careful Wing Boots-assisted double jump to reach. Watch out, when leaving through the door you'll fall right onto a floor of spikes. Double jump out of the way before you meet an aggravating end. 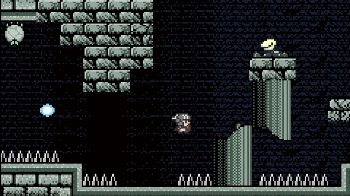 The final key is in the Windy Ruins. Fight to the Warp room, pass the Save room, and enter the adjacent pathway.

Part of the way through, stop at a broken pillar that's split in the center. Jump onto the lower half to the upper half, then leap left. Attack the blocks up here to reveal a breakable wall.

Jump into the secret spot to find a hidden door. Go through and complete the platforming challenge room ahead to get the key.

In this area, wind blows you back while jumping to each two-square breakable landing. Make sure to only step onto one block per landing while moving right or you'll have no way to leave.