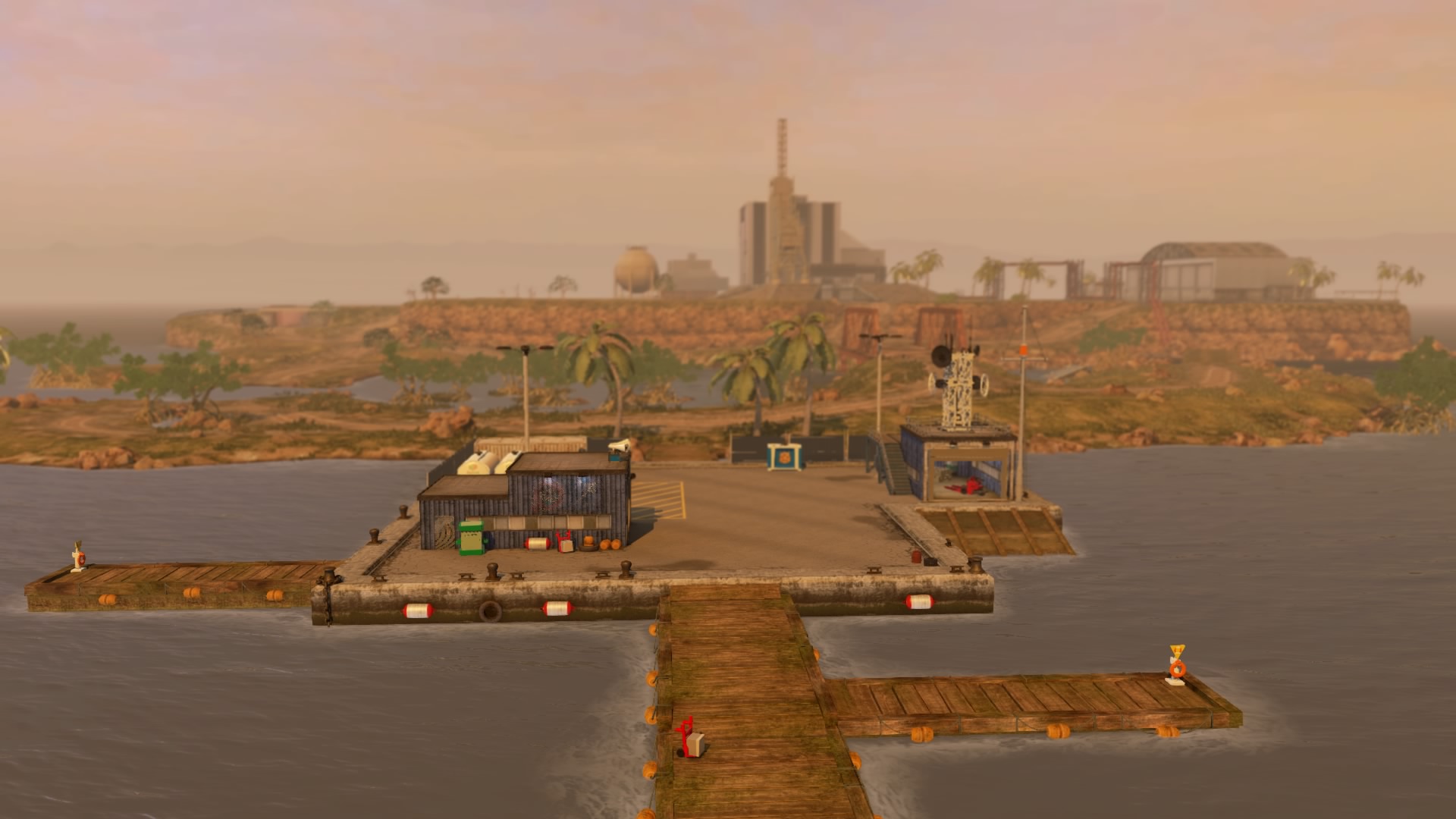 Bust onto Apollo Island and drive your very own pilfered Moon Buggy in Chapter 7 of LEGO City: Undercover, with step-by-step help to get you through the Space Center level.

Chan is back with another request and this time, it's not-of-this world. In this quick chapter, Chase sneaks into the Apollo Island Space Center and, generally, completely wrecks up the place. You'll also get a helpful new Astronaut disguise to help blend in -- and to unlock space crates or teleporter pads. The suit gives Chase even more objects to interact with in the city, including the ability to hunt (and capture) alien fugitives.


Chapter 7: One Small Job for Chan

Do as Chan says at the start of the chapter - get to the Crescent Park Wharf! Chan doesn't want to tell Chase what the next job is until you get there. At the wharf, Chan instructs Chase to travel to Apollo Island. How mysterious.

Arriving at Apollo Island, Chan will reveal his plans - he wants a Moon Buggy from the space center! Now that you're on Apollo Island, you'll need to breach the defenses and get a disguise.

Open the gate (near the Disguise Booth) and steal the security vehicle to drive closer to the Space Center. Behind the launch platform, there's a building with a crowbar door. Bust open with the Robber Disguise, construct the hopping bricks and use the Color Swapper.

In the windowed office, smash the two space center display cases to build a locker with the Astronaut Disguise inside! 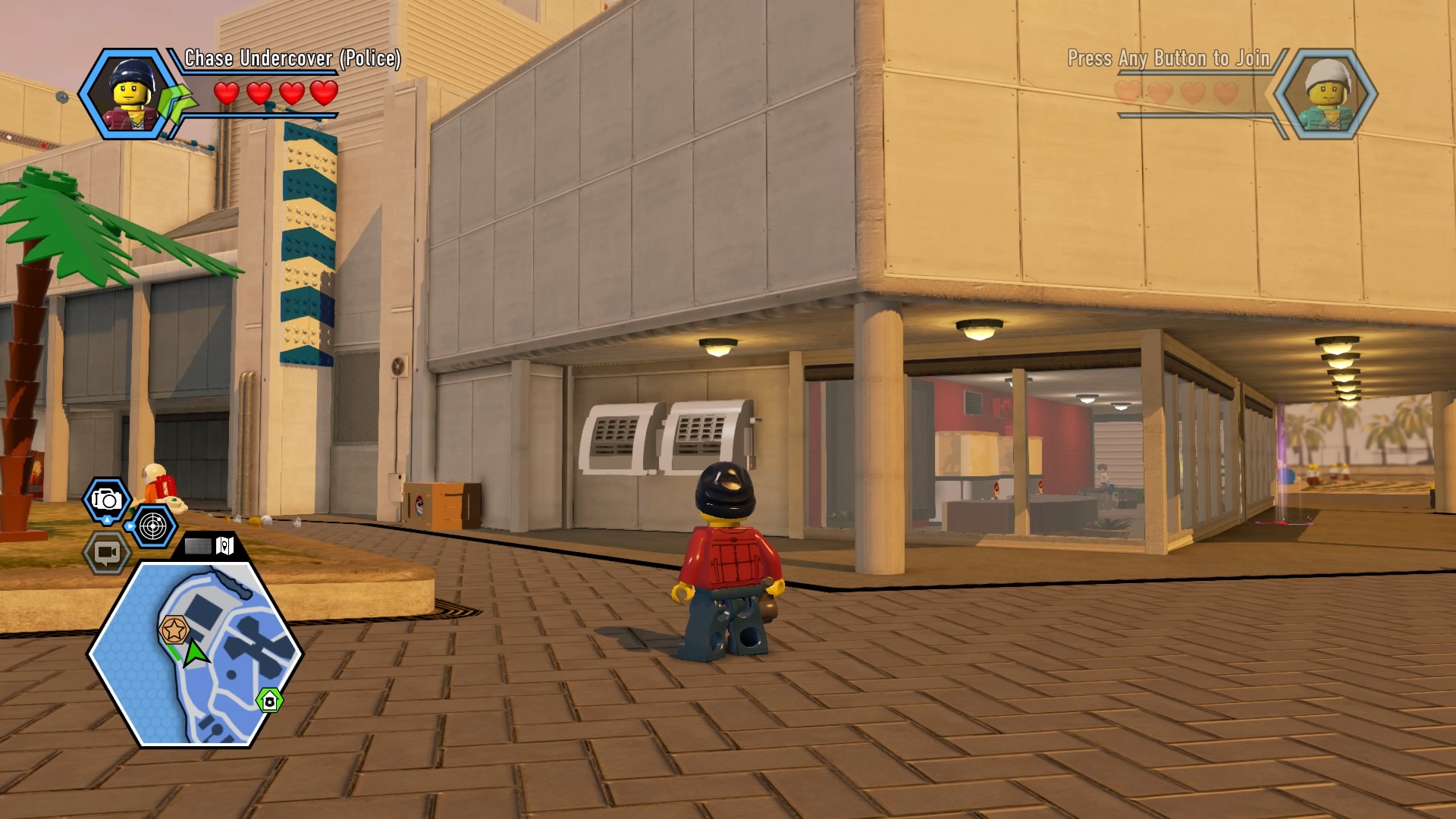 To the left of the glass-enclosed office space, there's an unfinished blue / white wall-jump, and a space crate. Activate the space crate and build the hopping bricks that appear. Use the Robber Disguise and the blue Color Swapper to paint the white wall-jump surface blue. Now Chase can jump right up.

Swing across the flag poles and grapple up to the hopping bricks. That creates a teleport pad - only the Astronaut Disguise can use these! Activate it to enter the Space Center. 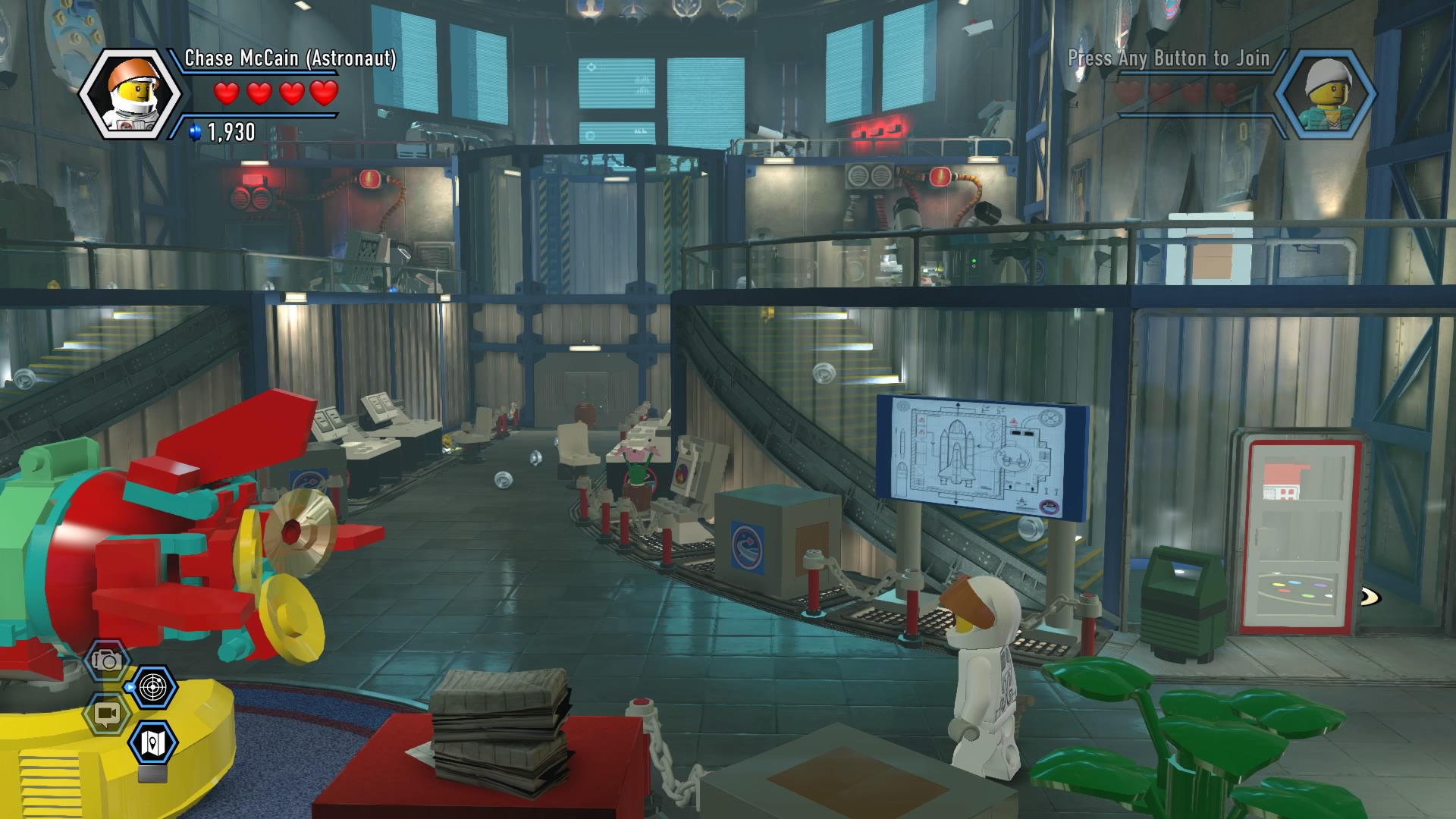 Welcome to the Space Center interior! The Buggy is located deeper in the facility, and to get started, there's a space crate to the left (front) corner of this office area. Complete the Astronaut Disguise to summon a Teleport Pad.

Grab the dynamite bundle that appears with the Miner Disguise and place it on the waypoint. That'll destroy the silver LEGO wall, letting Chase access the elevator up to the control room.

Up in the control room, take care of the security guards - to distract all the engineers in the launch room, you'll need three power plugs.

Place all three power plugs into the machine in the back-right corner of the control room. When all three are in place, a Teleport Pad will be lowered. Use the Astronaut Disguise to teleport to the top of the chamber.

Hit the switch on the space crane, and ride to the second switch. Pull this one too, and the solar system model will crash into the control room. Jump down and climb the chain. 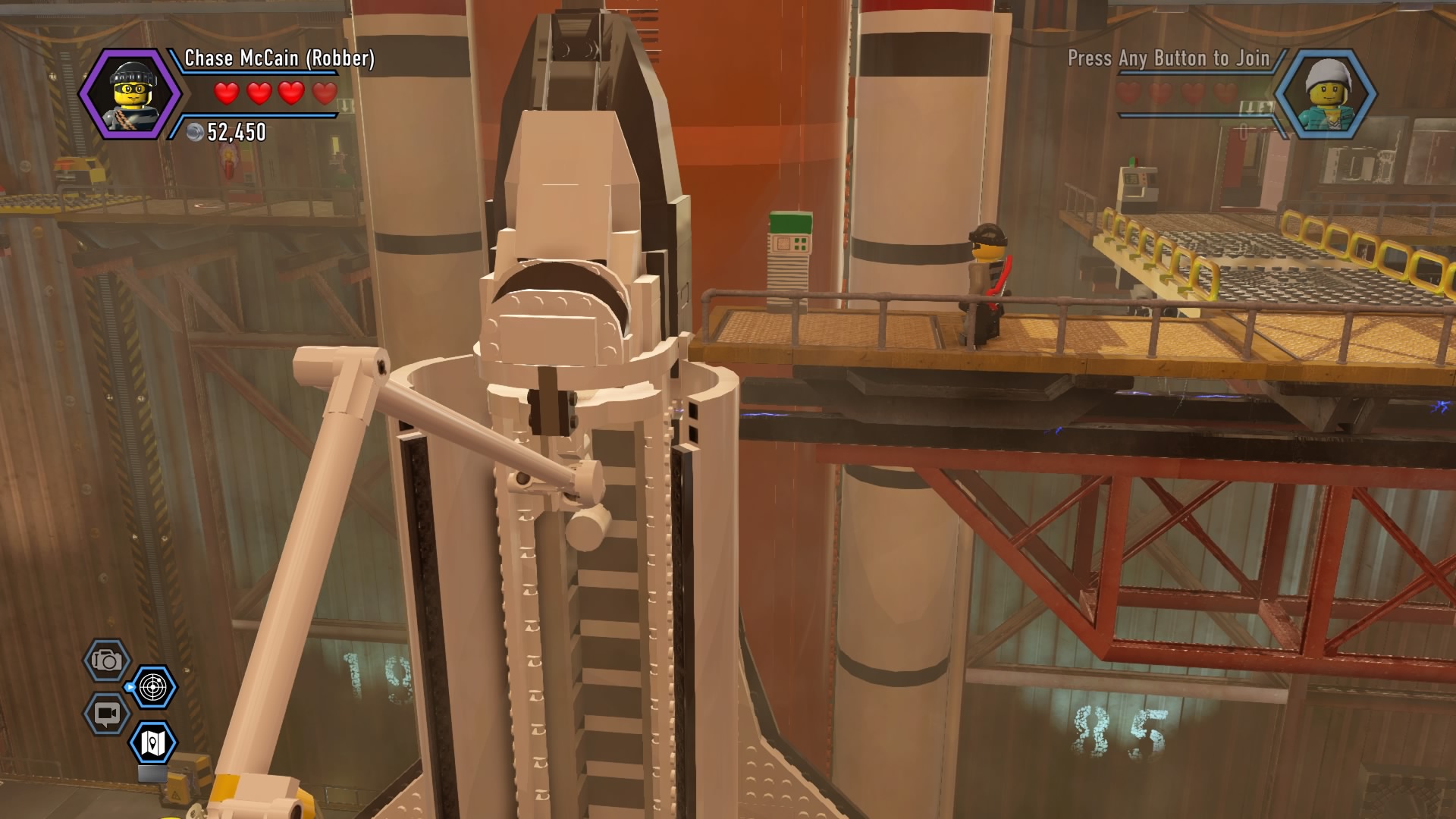 Up the ladder, Chase sneaks into the giant room where the space vessel prepares for launch. The Moon Buggy is somewhere in this room - and most everyone is gone, except for a handful of guards. Use the security panel in this lower area with the nine red floor pads. After hitting the button, walk on the buttons in the order shown.

Hit the buttons in the correct order to make a Color Swap machine appear. Use it with the Robber Disguise and shoot the dish on the right with silver color to make it reflective. That also drops a ladder, letting Chase climb up to the main floor of the chamber.

Part #1: Right in the center of the room, smash the brown LEGO crate and build the bricks inside to create a space crate. Complete the crate with the Astronaut Disguise to make hopping bricks appear. Build, then shoot both yellow dishes with the silver color gun. That activates the "1" device.

Part #2: On the pushable surface, smash the crate and build a dish. Push the dish to the left-most spot on the push-floor. Don't forget to shoot the dish with the silver color gun. Smash the brown LEGO crate near the "2" to build a second Color Swapper to get the red color gun. Shoot the green light on the upper-right wall on the gold column. The satellite will fall and explore, leaving behind more bricks that create a second (on the right!) LEGO dish. Shoot both dishes with the silver color gun.

The shuttle is now open! But Chase still needs to get the buggy! A elevator arrives on the right with two more security goons. Arrest them and ride the lift up. Up in the catwalks, cross the blue LEGO bridge, step on the catapult pad, and run to the back wall where there's a crowbar door. Crack open the office door with the Robber Disguise.

Inside the small locker room, open the safe (with the Robber Disguise, again!) and collect the keycard. Use it on the terminal to move the LEGO bride so Chase can finally reach the vessel terminal. Using the terminal dumps the Moon Buggy on the ground, breaking it into hopping brick pieces.

Jump down and build the Moon Buggy, commandeer it, and drive it onto the red vehicle pad on the right to open the exit door.

Making your escape, Chan's men aren't ready to collect your Moon Buggy. Security trucks are coming in to apprehend Chase - survive for 60 seconds! Drive and avoid the incoming security cars. When the time passes, the security will give up and the exit gate at the dock will open.