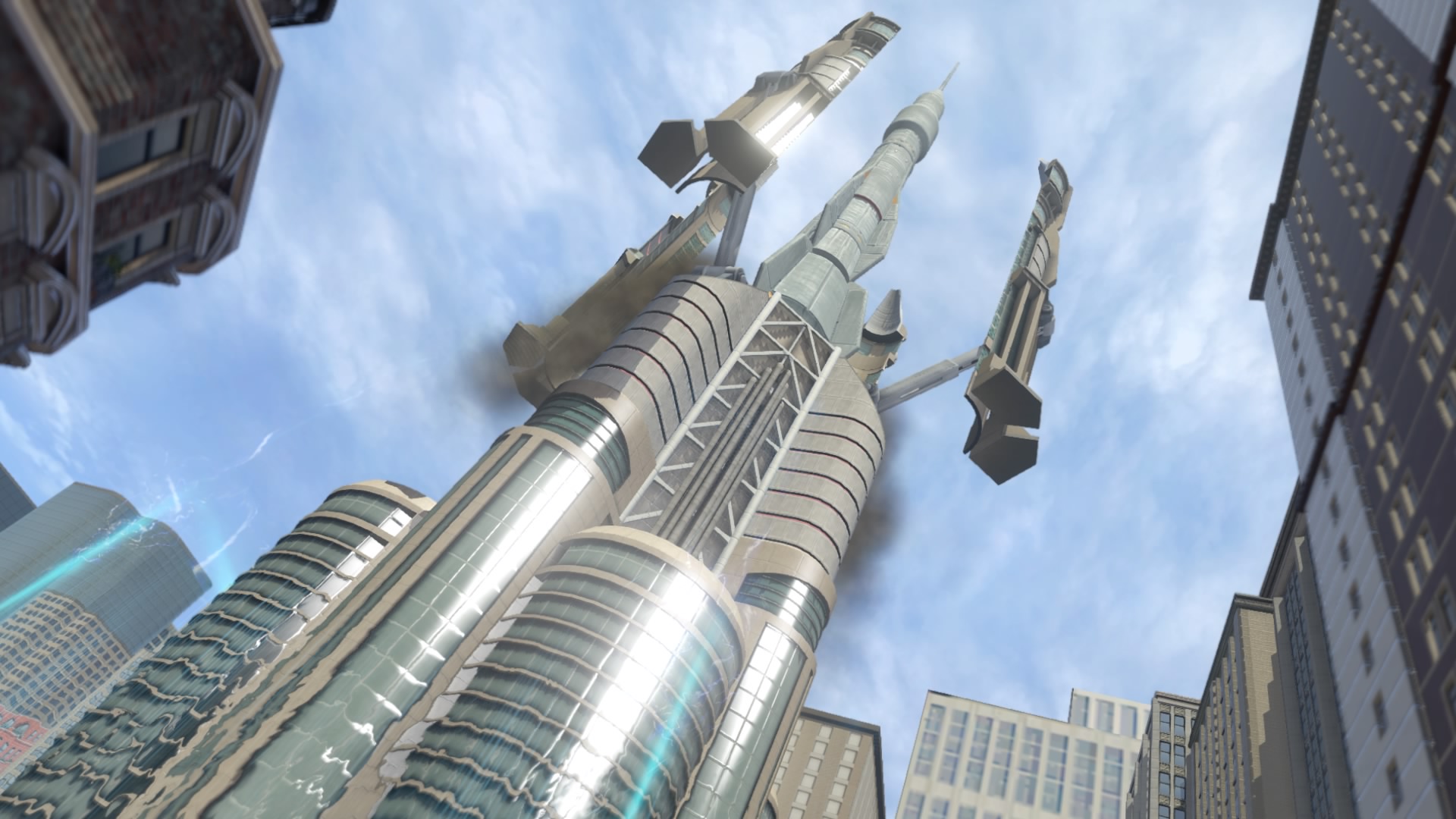 Construct the "magic bubble" machine and stop the mass destruction Blackwell's rocket is about to unleash in Chapter 14 of the LEGO City: Undercover complete walkthrough.

This is the shortest chapter yet -- probably because you're on a strict time limit the entire time. Blackwell's disguised rocketship is in the heart of LEGO City's downtown area, and it's about to take off. You'll need to race to the Professor's lab, get the parts for his energy shield device, and construct all four projectors while defeating henchman.

It's just another day in LEGO City. See how to complete every challenge with the chapter guide below.

Running down to Blackwell's private helipad, Kowalski takes the UFO and flies off toward Blackwell tower, making preparations to contain the exhaust from Blackwell's skyscraper-sized rocketship. Chase needs to fly off to Kowalski's lab in Auburn Docks to recover the shield prototypes. Grab a helicopter from the helipad to make your trip faster - you've only got 5:00 minutes before Blackwell's ship launches!

Fly to the warehouse and step into the shield marker. Frank Honey will arrive to help - smash open the door to the right of the garage with the Fireman Disguise axe. Inside, you'll board the truck and gain more time to reach Blackwell Tower. 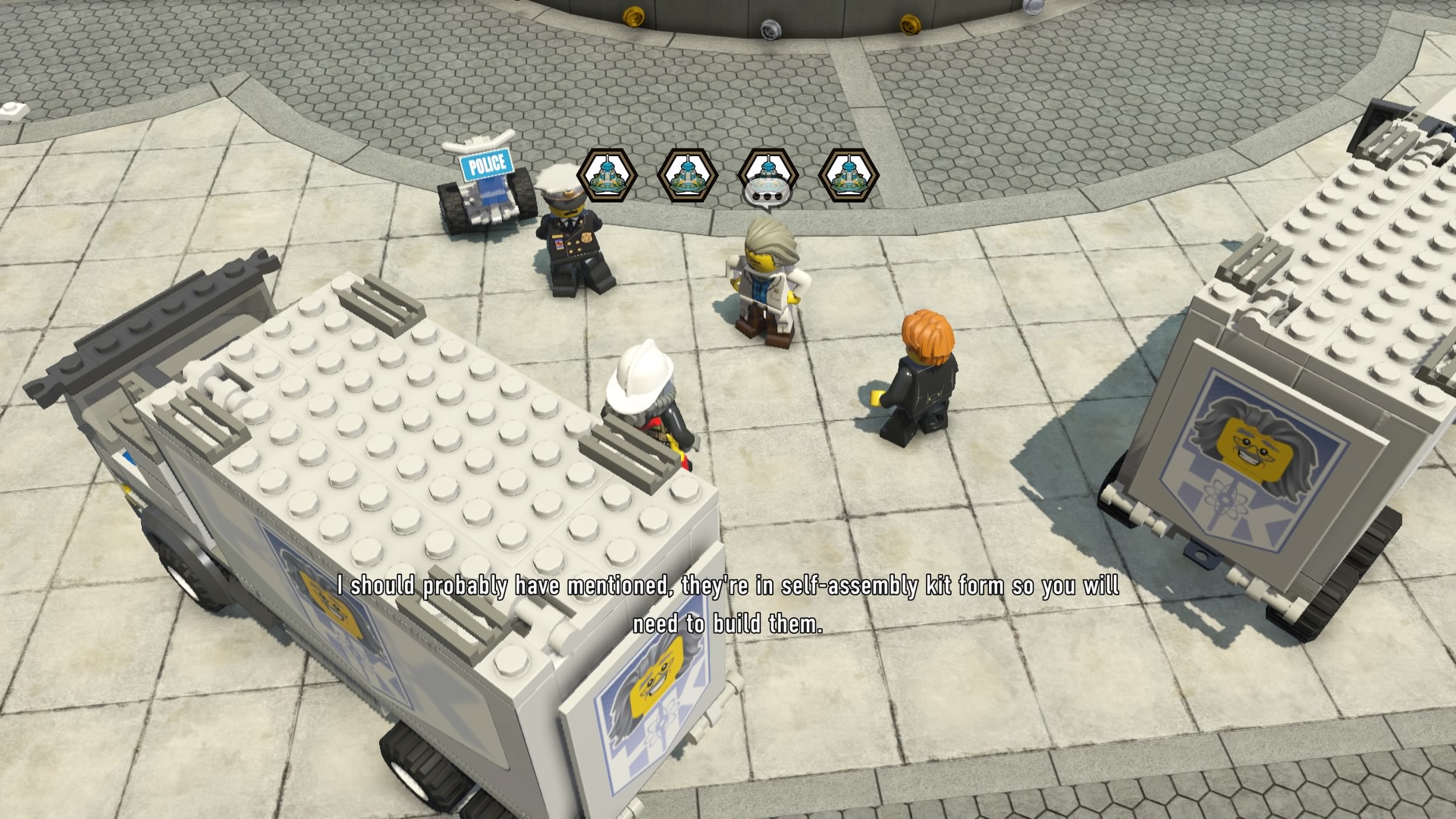 Don't let off the gas! Plow through traffic and follow the green Sat Nav studs and park the truck at the shield marker at Blackwell Tower. When you arrive, you'll get three minutes to build the four "magic bubble" shield projector machines. There's one at each corner of the tower.

To make things faster, flag down a car on the street and drive to each pile of hopping bricks. Defeat the Sentinels guarding each pile of bricks. Remember that you may need to grapple and throw strong thugs to arrest or knock them out. When all four shield generators are constructed, you'll save (a bunch) of the city from the rocket blast.

But Blackwell got away, and he's got Natalia on board. We still have a planet to save, too. Next, you'll need to travel to Apollo Island and follow the bad guys to space.