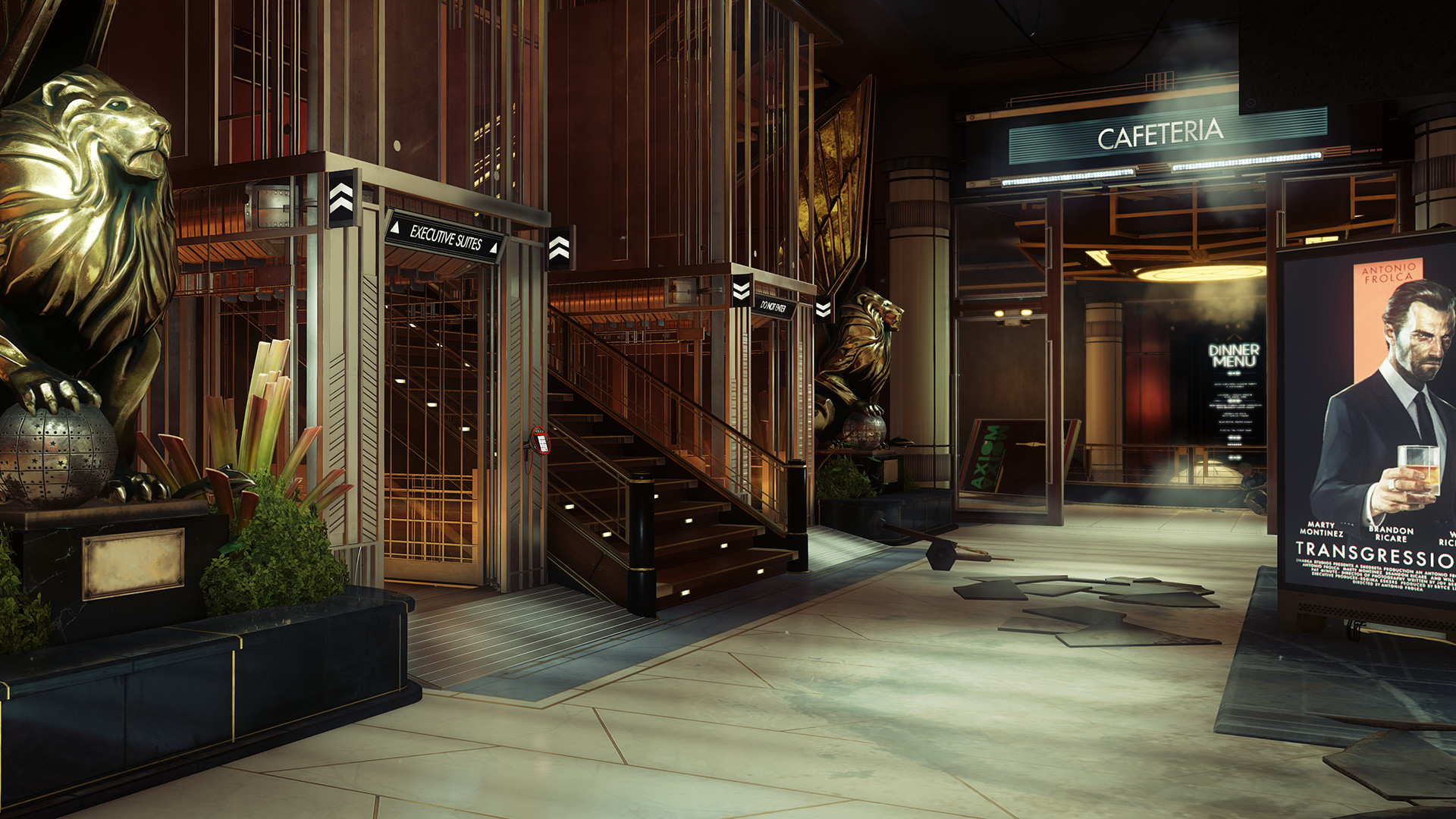 Locked doors getting you down in Prey [2017]? They're a constant nuisance while trying to explore the ravaged Talos 1 station, so we're going to provide a running list of all the codes and keys we find throughout the story.

There are two types of door / safe locks -- keycards, and keycodes. Keycards have to be collected, then used on the specific locked door. Thankfully, keycodes don't need to be found. If you know the code, you can input and unlock doors or safes at any time.

Knowing where to get the codes and keys you need makes life just a tiny bit easier. Check out the tally below, and check back soon as we add new entries to the big list.

Keycard Locations & Keycodes List | How to Unlock Every Door

[Work-in-Progress: Check back soon for new locations. It's a big station out there!]

Volunteer Quarters: 8545 - Get this code from a computer in the first Executive Office room.

Simulation Lab Keycard: This keycard is located on the desk in Sylvain's office, in the Research & Design area of the TranStar lab.

Morgan Yu's Office: 0451 - This code is found on the secretary's desk, just outside Morgan Yu's office.

Quarantine: 6542 - Located on the computer in the middle of the Trauma Center.

Hendrick DeVries' Safe: 7324 - Spot this code scrawled onto the wall in the quarantine chamber.

Holding Room: 1129 - Available on an email in a terminal in the Trauma Center.

Trauma Center Keycard: Found on the Level 1 reception desk opposite the hallway to the Shuttle Bay.

Teleconference Room Keycard: On the desk in Morgan Yu's office in the Executive Office area, on the third floor of the Lobby.

Security Station Keycard: Located on the main terminal in the I.T. Office. Hack the keypad to enter.

General Access Keycard: Acquired after completing "Through A Glass Darkly" -- January, your operator, will leave it on Yu's desk.

Morgan Yu's Suite Keycard: The keycard is located in Morgan Yu's office, back in the Talos 1 Lobby.

Machine Shop Supply Closet Keycode: 5492 - Find this keycode on the locked computer (Hack 1) on the second floor, in the office area between the Foyer and the Atrium.

Ballistics Safe Keycode: 8163 - This code is written on a tiny yellow sticky note near the first window on the left as you enter the Ballistics Lab. You'll have to move a large grate (Leverage 1) to access the note and the stack of materials.

Employee Entrance Keycard: Located on the corpse of Sean Larsen in the Demonstration Theater.

Dr. Calvino's Workshop Keycard: Find it on Dr. Calvino's corpse, floating in the Hardware Labs hull breach in the Talos 1 Exterior zone. You'll also find two transcribes on or near his body.

Hans Kelstrup's Cabin Keycard: Find this keycard to the Crew Quarters cabin on Dr. Kelstrup's body in the Director's Office.

Director Kelstrup's Office Keycard: The keycard to the office itself is also located on Hans Kelstrup's body.

Sylvain Bellamy's Cabin Keycard: Get this keycard off the body of Sylvain Bellamy in the morgue. Use the Mimic ability to slip through the barred glass.

Morgue Keycard: The keycard for the locked storage room in the morgue is located on the crash cart, next to the pair of Neuromods.

Director's Office Safe Keycode: Alex Yu provides you with the safe code when you reach the Atrium, while completing the "Detour" main story quest.

Armory Keycode: To get the Armory keycode, release the prisoner inside the locked containment unit in the Material Extraction area.

Blackbox Lab Keycard: Josh Dalton's dead body is carrying this keycard for the Hardware Labs. Find the body directly above the Shuttle Bay Fuel Storage door. Float up and then enter the alcove behind the massive silver pipe where the passage twists.

Storage AR01 Keycode: Given by Rani Chaudhary if you save her in the Greenhouse.

Jada Marks' Cabin Keycard: The body of Marietta Kyrkos is carrying a keycard to Jada Marks' cabin in the Crew Quarters. Find her body beneath the floor of Alex Yu's office. Drop down to the rocks and look between the foundation and the floor to find her.

Alex Yu's Suite Keycard: Locked up in Alex Yu's safe. The safe is through the maintenance hatch in his office. You'll need Leverage 2 to move the heavy object, and Hack 3 to open it.

EP101 Keycard: The keycard for Alex Yu's personal escape pod is located in Alex Yu's cabin. Move the globe from his nightstand to find it.

Secured Pharmaceuticals Keycard: Found on the Regina Sellers phantom, in the recycler room on the second floor of the lobby.

Grav Shaft Keycode 7375 - Found in the "Authorized Personnel Only" room with the recycler on the second floor of the lobby. Look on the sticky note attached to the work table.

Abigail Foy's Cabin Keycard: Located on the large conference table on the second floor of the Recreation Center.

Will Mitchell's Cabin Keycard: Found on the kitchen window after meeting with "The Cook" for the first time.

Freezer Keycode: 9971 - Repair the regulator or collect one from the Arboretum greenhouse and the cook will give you the code to the freezer door.

Kitchen Access Keycard: Carried by "Will Mitchell", the cook.

Yellow Tulip Supply Closet Keycard: Found on the "Tizzy" Operator, behind the bar at the front of the Yellow Tulip.

Calvino's Safe Keycode: 0523 - Available on the note on Calvino's desk in his cabin.

Fitness Center Keycode 0555 - Another fitness center keycode can be found in the restroom, down the hall in the Crew Cabins B area.

Executive Suites Keycode: 7375 - There's another opportunity to find the Executive Suites keycode here. Check the emails on the workstation in the second floor Fitness Center room.

Deep Storage Safe Keycode: Get the code from Danielle Sho from the window. She'll appear after you kill "Will Mitchell", the fake cook, and listen to the transcribe on Abigail Foy's body in the freezer.

Stairwell Access Keycode: 4981 - Found on the first computer to the right, in the first room of the Deep Storage. Check the yellow note posted to the terminal.

Security Key Keycard: Found on the desk in Danielle Sho's office, on the second floor of Deep Storage, in the area marked Command Center.

Cargo Bay B Keycard: On the body of Sarah Elazar, in the Quartermaster's Office.

Supply Closet Keycode: 5101 - The code is on a note in the Oxygen Flow Control room.

Parts Storage Keycode: 1289 - Found on the transcribe carried by Duncan Krassikoff, the corpse on the opposite landing from the entrance into the Monitoring station.

Reactor Access Keycard: Found on the dead body of Nicholas Stillwater, in the ruined lift on Level B4. Can also be found on Guy Croal, above the Reactor Access door.

Reactor Room Keycode: Given after completing the first steps of the reactor reboot sequence.

Shuttle Control Room Keycard: Found on a corpse, seated in a blue chair, right next to the Wrench Fabrication Plan. Search the large cage in the lower floor of the Engineering Pit.

Shuttle Control Room Keycard: On the table near the locked door to the Pilot Planning Room, labeled the "Pilot's Lounge" outside. Use Hack 3 or find the keycode to open the door.

Briefing Room Keycard: On the dead body down in the lower section of the Command Deck, on the right edge of the "Navigation" station.

Briefing Room Keycard: Found on the body under the red sofa in the Captain's Loft. The corpse is also carrying an extra Briefing Room keycard.

Jada Marks' Cabin Keycard: The keycard is on the corpse of Jada Marks, in the Captain's Loft.