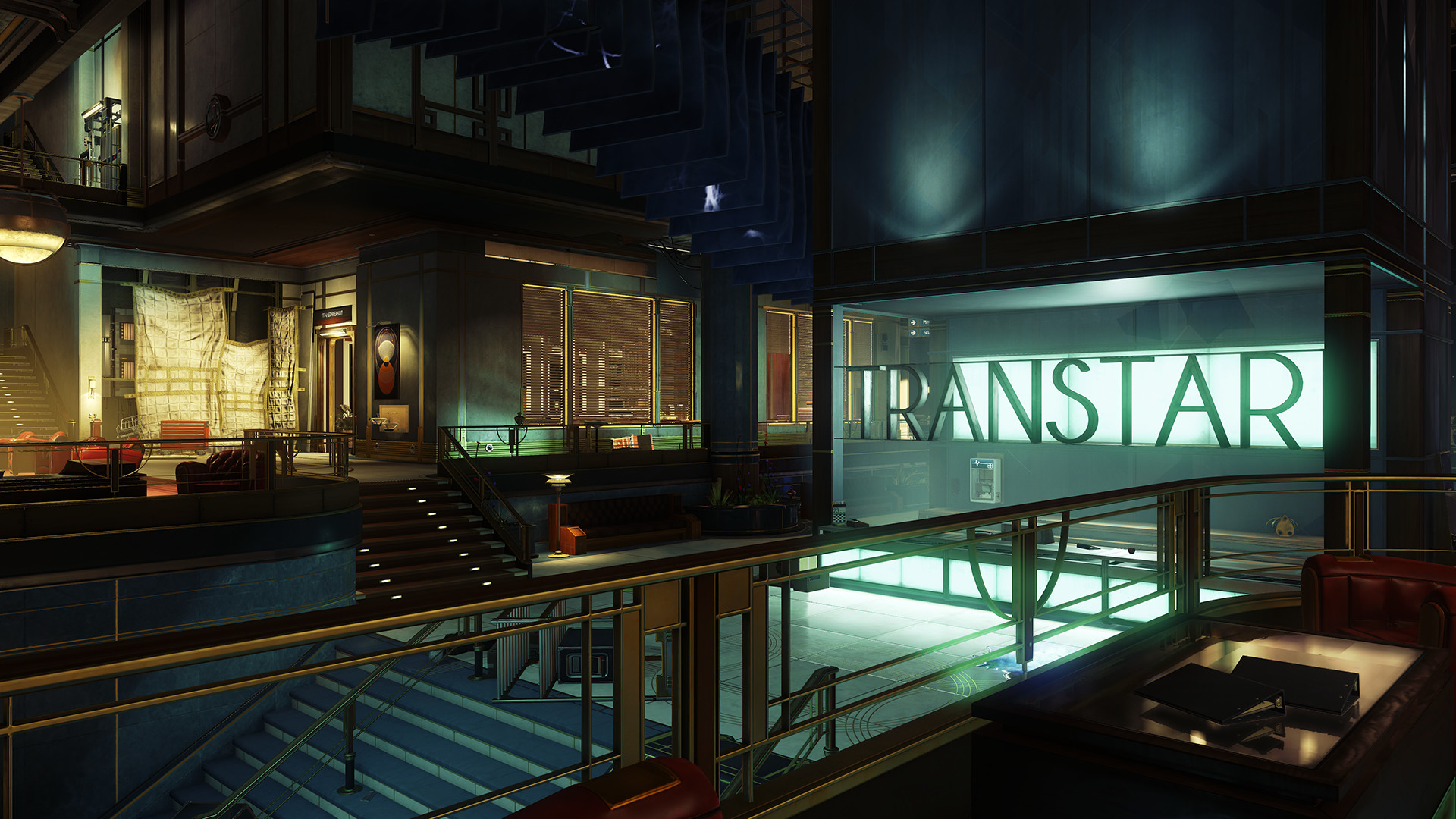 Continue the hunt for just about every useful item, gun, keycard and fabrication plan with our look at all the collectibles of Talos 1 Lobby, the second Prey [2017] are you'll explore.

The Talos 1 Lobby is a sprawling multilevel environment with lots of nooks and crannies you won't be able to access right at the start of the game. There are multiple weapons to find, keycards to scavenge, and fabrication plans to help on your journey through Talos 1.

Below, we'll explain all the steps required to find and access these items. Be they collectible e-mails, employee corpses, or whatever else.

Employee: Nash Underwood - Found in the first hallway you enter after leaving the Neuromod Division and entering the Talos 1 Lobby.

Employee: Kelly Randolph - Corpse near the balcony seating area with a view of space, across from the history display room.

Trauma Center Keycard: Found on the Level 1 reception desk opposite the hallway to the Shuttle Bay.

Employee: Alice Aiken - Body on Level 1 of the Lobby, near the central elevator. Next to a long white sofa.

Employee: Bianca Goodwin - Dead on the steps leading toward the Shuttle Bay hallway.

Neuromod x1: Inside a display case in the exhibit area, easily found on Level 1 of the Lobby.

Employee: Laura McAvoy - Next to the Trauma Center door, dead on the stairs leading up to the Executive Offices.

Neuromod x1: Found in another secret smuggler's cache. Look behind the Employee Orientation room to the hallway. There's a red alarm bell above the sofa with a briefcase.

Employee Martin Giroud - In the women's bathroom, to the left of the Shuttle Bay hall entrance.

GLOO Gun: Located next to Martin Giroud's corpse. Break through the barrier of GLOO Gun foam to enter the women's bathroom and collect this gun cache with extra canister ammo.

Email #1, #2, #3: Find three e-mails on Bianca Goodwin's terminal in her office on the Level 3 - Executive Offices area. You'll find the Volunteer Quarters keycode in these emails.

Email #4: One more email is located on the terminal in Sylvain's Bellamy's office.

Email #5: On Jason Chang's desk, right outside Morgan Yu's office. You'll get the office keycode from this email.

Teleconference Room Keycard: On the desk in Morgan Yu's office in the Executive Office area, on the third floor of the Lobby.

GLOO Gun Fabrication Kit + Weapon Upgrade Kit: Located in the safe, in Morgan Yu's office. Get the code from the desk in Yu's office.

Wrench Fabrication Plan: Still in Morgan Yu's office. On the work table near the Fabricator device.

Morgan Yu's Suite Keycard: On the same desk at the Wrench Fabrication Plan.

General Access Keycard: Acquired after completing "Through A Glass Darkly" -- January, your operator, will leave it on Yu's desk.

Silenced Pistol: Found near the entrance door, by a corpse, just as you enter the Teleconference Center on Level 3 across from the Executive Offices.

Huntress Boltcaster: This toy gun is on the ground in an office, in the Sales Division. This office area is accessible through the Teleconference Center. Find it in Kelly Randolph's office.

Neuromod x4: Under the desk, in the office adjacent to Kelly Randolph's office.

Email #9: On the computer in the office with the Neuromod cache.

Employee: Anna Goldcrest - In the lobby of the Trauma Center, through the door across from the blocked Staff Lounge door.

Email #12, #13, #14: On the computer in Mathias Kohl's office, in the Trauma Center. Also contains the Quarantine Door Code.

Transcribe #1, #2, #3: There are also 3 transcribe audio log files on Mathias Kohl's computer. Make sure to collect them.

Transcribe: Hidden Safe -- There is a secret safe in Mathias Kohl's office. To reveal it, reset the personality test and enter A, C, B, A, C. The painting will open, revealing a safe with this transcribe and two Neuromods.

Employee: Lucia Jimenez - On a bed in the dark-blue examination room in the Trauma Center.

Medkit Fabrication Plan: Located on the desk in the main operating room area of the Trauma Center.

Transcribe: Use the computer in DeVries office to decrypt the transcribe audio.

Email #1, #2: There are two emails on the DeVries office workstation.

Neuromod x3: Enter the code [7324] into the safe in DeVries office to access these mods. If that code doesn't work, look on the wall in the Quarantine room.

Neuromod x1: On the desk, in the same room as Beth Ino's body.

Anti-Rad Pharma Fabrication Plan: On the steel medical shelves, to the right as you enter the Secure Pharmaceutical room.

Employee: Randolph Hutchinson - In the lounge, accessible from the center balcony door. Walk on the ledge from the second floor stairs to reach an interior balcony with an unlocked door to the lounge.

Security Station Keycard: Located on the large terminal in the smaller office in I.T. Security. You'll have to hack one of the two Hack 1 entrance doors on Level 2 to enter.

Neuromod x1: Found in the Laboratory Cabinet, in the office. Look left of the terminal where the Security Station Keycard was located.

NOTE: To enter the Human Resources area, you'll need Leverage 3 to move the barriers from both 2F doors.

Email #1, #2, #3: Three emails are on the unlocked computer in the large manager's office.

Email #1: Found on a computer on a desk directly right after entering the first keycard door from the Lobby.

Neuromods x4: In the malfunctioning safe (Hack 2), sitting near the Psychotronics entrance door.

Employee: Joel Weeks - Found right next to the Psychotronics bulkhead.

Employee + Transcribe: Hendrik DeVries - The body is found in the Arboretum entrance passage at the top of the main lift. Access the lift from the Arboretum-Lobby door. The corpse is also carrying a transcribe log.