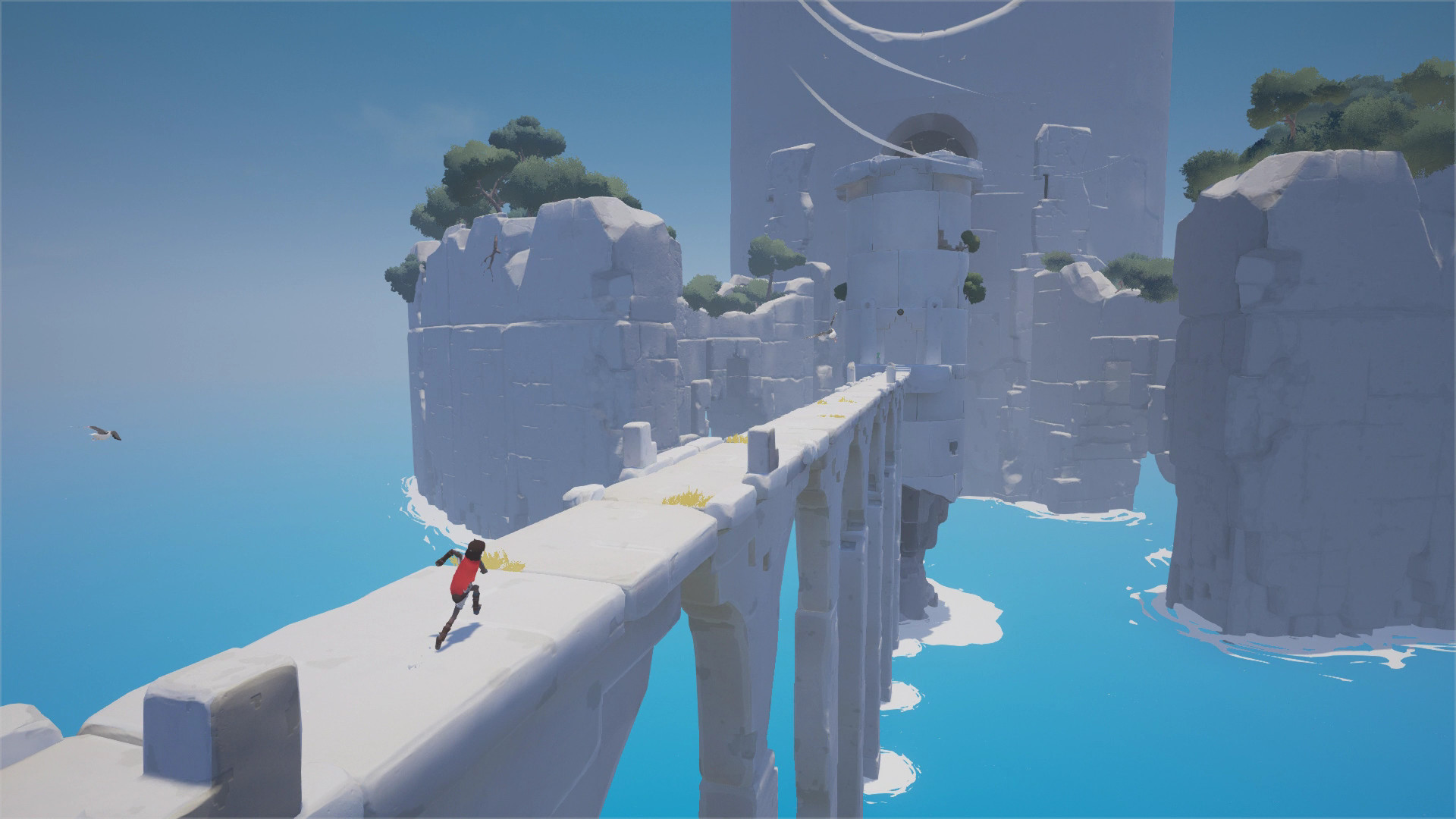 Another one "Bite the Dust" with this quick RiME achievement / trophy guide, showing you where to find all five dusty statues.

These strange statues look pretty similar to the other petrified figures found throughout RiME, but they're always in out-of-the-way places. To actually collect them, you'll need to run into the statues, causing them to crumble into dust. Hence the "Bite the Dust" achievement / trophy.

All five strange statue collectibles are found in just two chapters -- Anger and Bargaining. You'll have to navigate spooky pyramids, dodge angry birds, explore fountain ruins and follow secret paths to get them all. Check out details descriptions for each statue below.

Statue #1: Chapter Anger - When you appear in the large stone plinth covered with petrified humans, immediately turn around and jump down the pyramid to find one solo statue. That's the first strange statue location.

Statue #2: Chapter Anger - After dropping and rolling down a sand dune in the short cutscene, sprint under the small structures to avoid the incoming bird of prey. Stick to the right-most line of small structures. Before reaching the large building in the distance, look behind the structure with the half-circle roof to find the second strange statue.

Statue #3: Chapter Bargaining - From the massive central chamber with the huge tree, continue down the passage to a room with a fountain. The strange statue is to the left of the fountain.

Statue #4: Chapter Bargaining - Escaping the onlooking creatures and dropping into the water channel, you'll move through a cave with two trees ahead and steps (with water running down them) on the right you can climb. Go left of the steps to spot a strange statue.

Statue #5: Chapter Bargaining - Entering the ruin garden with the walking orb on legs, stick to the left wall to find a narrow path that leads up and back toward the direction you came. Follow the steps to a private alcove with the final strange statue.


Turn all five strange statues to dust to unlock the "Bite the Dust" achievement and trophy. Check back with us later for more RiME guides and walkthroughs!
Related to:
kevin thielenhausaction adventurepcplatformingps4rime agevideo gameswalkthroughxbox one
0
Tweet