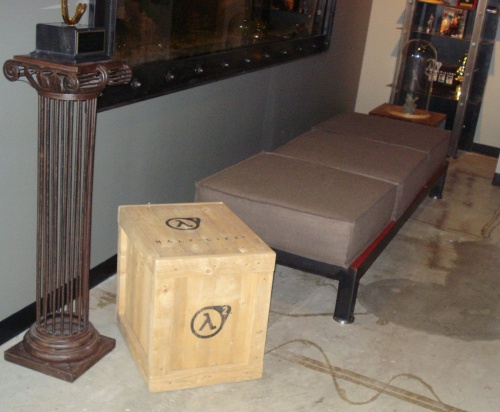 Conveniently Valve is practically located in the same building as this hotel, and is just two elevator rides and a brisk walk through unrelentingly posh Bellevue interior decor to get to the offices. I notice out of my bedroom window that there's a store down the street called "Crate & Barrel," which, considering, strikes me as a very appropriate position for either it or Valve, as anyone familiar with the writings of Old Man Murray could tell you. Speaking of which, Erik Wolpaw, one of the two Valve employees and former internet funnymen responsible for OMM is my major contact on this trip, and we met for breakfast this morning in the hotel restaurant to meet, greet and shoot the shit about his Doublefine days.

When Wolpaw first got in touch with me after my sometimes-ambivalent-but-largely-gushing Zero Punctuation review of the Orange Box, I was a wee bit star struck. The Old Man Murray reviews (and Seanbaby's website to a similar extent) had been my major influences in those dark, pathetic days of self-teaching the internet funny-writing trade. And Valve, well, I was in there since Half-Life, and they've never released a game I didn't like, so as employees of theirs, Wolpaw and his Murraymate Chet Faliszek had double respect points. When it was then suggested that they fly me over to Bellevue to visit the offices and meet everyone, I all but choked on my muesli. But it seems this is something Valve as a company do with the same casualness they use to order more Snapple for the work fridge. The enormous popularity and prestige of the Half-Life series and the nearly 100 percent profit acquired from sales over the Steam digital distribution has made the self-funded Valve wealthy enough to fly out all sorts of mouthy foreign pricks on a whim. I just hoped I could be sparkling enough company to justify the costs of the flight, hotel and fancy lunches. 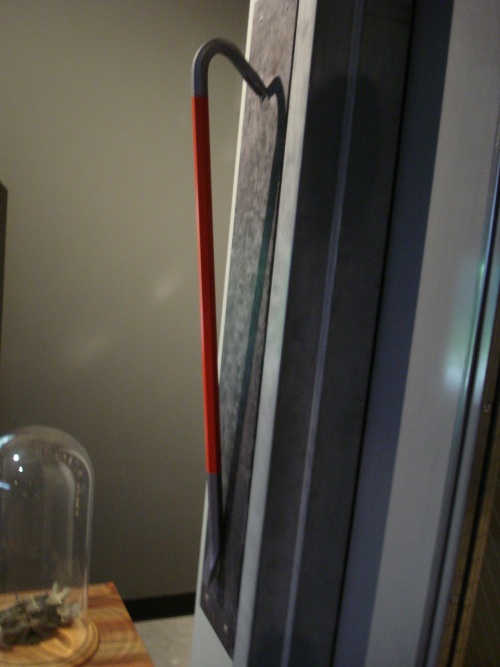 I entered the Valve reception area and the first thing that struck me was the sheer number of awards lying around the place, ranging from simple perspex trophies along the window sill and shelves of framed certificates to a big golden crowbar and a wooden crate lying on the floor, a gift from EAP Germany, according to the plaque. I notice a framed thank-you note signed by Geoffrey Rush. Things start to feel like they're closing in over the top of my hat.

I'm given a quick tour of the offices, and the second thing to strike me is how few of them there are. Valve employs something like 150 individuals, I'm told, which considering their profile and influence strikes me as surprisingly small. I mean, to pick a name out of the air, Krome Studios, a Brisbane-based developer of my acquaintance and of considerably lower profile, employs over 180. I am fast becoming aware that there's something altogether different about the way Valve does this whole game development thing.

Spent the afternoon being driven around Seattle by Valve employee, former Lord of the Rings animator and all-around interesting fellow Bay Raitt, one of many talents poached by Valve from the film industry. The city reminds me of England in many ways, although that might just have been because it pissed down all the time.