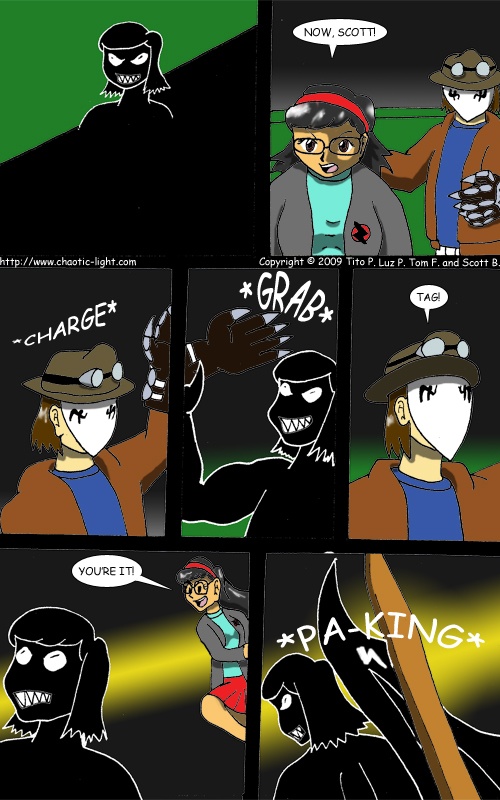 Comic Description:
Chaotic Light is a webcomic created by myself, my twin brother, as well as a few of our friends. We have already started working on it, and, in a small attempt to try to publish it ourselves, have created a basic website to display what we have created so far! It can be found at http://www.chaotic-light.com The segment I have turned into you is a small clip from the final Issue of the first volume, about the final battle between the 4 main characters (Light, Luz, Licht and Hikari) against the evilness which resided within them previously, known as Fifth. The overall plot revolves around a group of friends, Tito, his sister Luz, his girlfriend Lauren, and his friends Scott and Tom, fighting an evil force known as Void Demons, with super powers they all posses. These Void Demons possess and mutate living and non-living matter, and mutate them to suit their personal preferences. Before meeting with Scott, Tito and Luz were once joined, as mere minds together, but a chance meeting with Scott caused them to split into the four minds, in the current pages. Later we have intent of having story arcs where they meet a government created organization, made to fight the Void Demons, others with super powers, as well as an overlaying evil which controls the Void Demons. Hope you enjoy!
Comments [202]