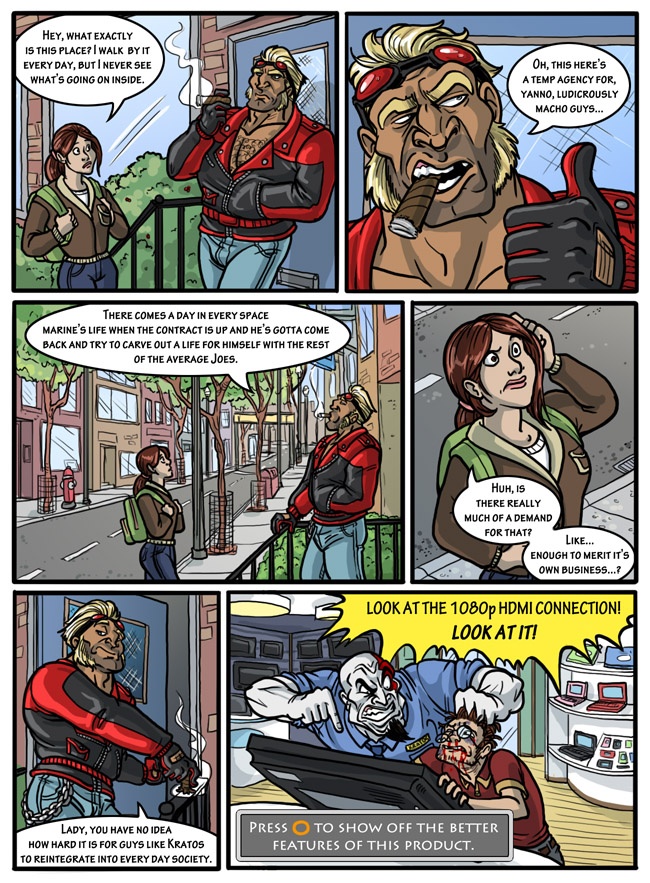 Comic Description:
So this space is to explain our comic, I take it? I guess it's exactly what the Commander says in the first strip, a temp agency for ridiculously macho guys who have trouble adjusting to a world where crushing people's heads with your bare hands isn't considered socially acceptable. As one of my friends put it, something like The Expendables meets the Office. I opted to go for some one-line gags for the venue of a four-strip sample set, but if the judges like what they see there is ample opportunity for short story arcs fleshing out the Commander and other original characters in the story with company picnics, camping trips, bar nights, paintball and all those other ostensibly macho endavours.

Stylish, fun art, and I think the idea of merging video-game stuff with an ongoing story and a non-trivial premise (something beyond "two people on a couch play games") is a cool one.