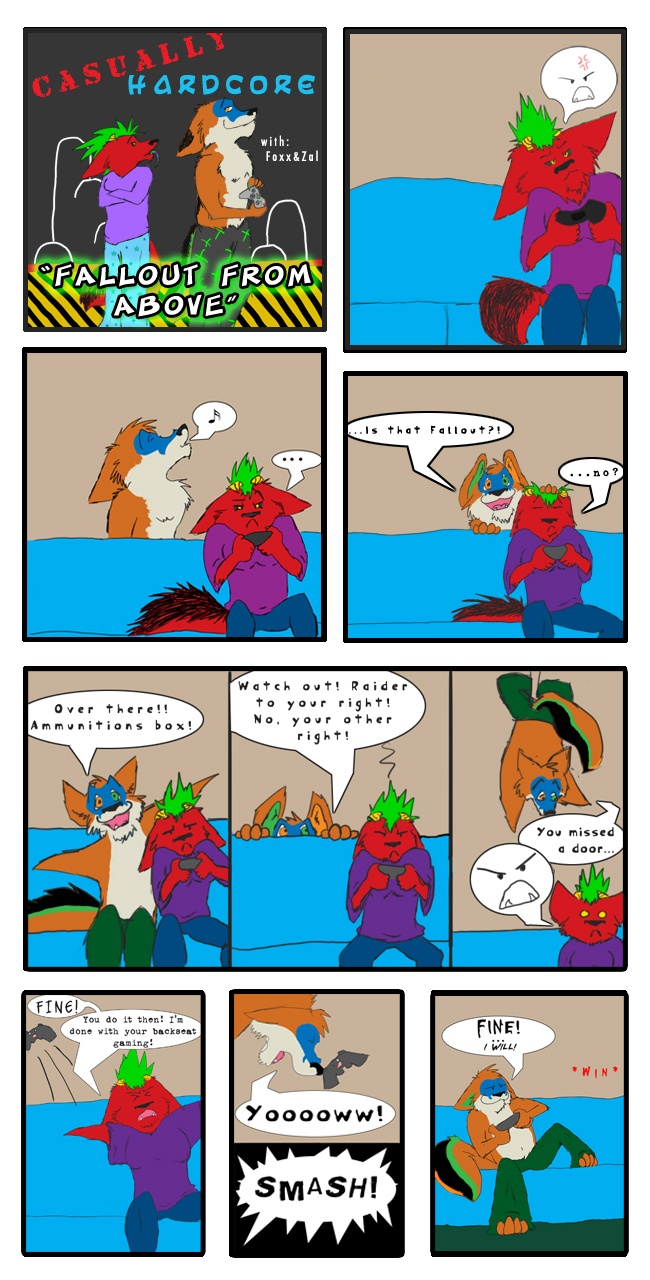 Comic Description:
Casually Hardcore is a comic based around the daily lives of me and my girlfriend. I've been a gamer since I was old enough to hold a controller, while she's only 'really' played games since I introduced her to the PS3 and Xbox 360 a few months ago. All our comics are be based on true stories, true in that we were in similar situations with some added twists to make it even more hilarious. We may take the time to dabble in comics about films we see as well, but only if it leads to comedy! This work was completed by my girlfriend and I. GeneralFoxx & Zaldar on Escapist Magazine. Our character designs are of our own creation. Part monster, zombie, animal, and some random colors make up the comedy filled characters shown in Casually Hardcore and we would love to be able to continue our comedic stories on escapistmagazine.com!
Comments [202]