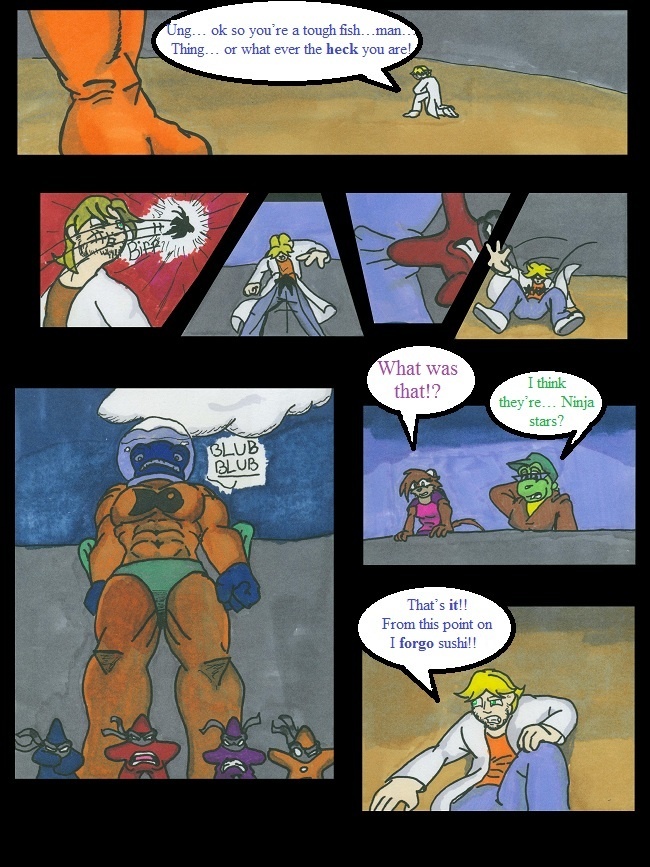 Comic Description:
Pond Scum: One sentence:Incompetent hero's fighting incompetent villains. More detailPond Scum is about a two mutants named, Sqrat the Sqrat (he's like a squirrel rat thing) and Newt the green newt, who both come from a radioactive pond (sound similar to something?) who gets chased out of their home by a crazy camp director.After moving to the city with a dimwitted hippiesh guy named Rin, the duo find out that they've been followed by a mysterious villain named The Horrible Eradicator, or THE for short. It's now up to Sqrat, Newt, and company to thwart the evil villain's schemes and save the city The City.
Comments [202]