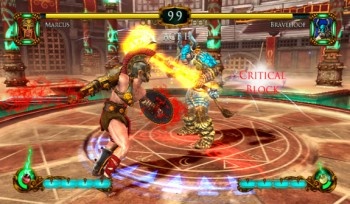 Sega says reports of the demise of its support for core game development on the Wii have been greatly exaggerated.

Sega's gamble on publishing core games for Nintendo's famously family-friendly Wii console with releases like MadWorld and The Conduit was something of a noteworthy flop. Neither game sold particularly well and in January, Sega's Constantine Hantzopoulos said in a 1Up podcast that the company was "probably not" going to publish any more mature titles for the console. More recently, Sega West President Mike Hayes said games like MadWorld were a "mismatch with the Wii audience," and that people who wanted to play core games would generally do so on a 360, PS3 or PC.

But apparently he didn't mean quite what we thought he meant, because in new comments to IndustryGamers he reiterated Sega's support of the Wii across all age ratings and described those earlier statement as "erroneous."

"There's a viable market there. Is it going to be as big as the Teen or Mature market that exists on the Xbox 360 or PS3 platforms? Certainly not," he said. "Is it viable, because the cost of development on the Wii is significantly less than those other platforms? Then, potentially the answer is yes."

That position actually echoes comments Hayes made in August of last year, when he said that sales of MadWorld were "very disappointing" but that Sega wasn't ready to walk away from the platform because lower development costs meant the bar for success was lower than on other platforms. Still, the company may be hedging its bets: Levels of blood and gore in Tournament of Legends, a fighting game for the Wii scheduled for release next month, have been drastically cut back in order to get the game under the T (Teen) rating wire, rather than the M (Mature) rating it was originally looking at.

Hayes acknowledged that the Wii will always be first and foremost a platform for casual games, but insisted that there was room for core games to flourish as well. "I still say there's an opportunity for titles in that more edgy genre," he said. "You're right that Wii is such a phenomenon that it caught many people off guard when it first came out, and I still think it continues to surprise with the software numbers it can notch up on appropriate titles."

In spite of the slow sales of The Conduit, a sequel is on the way; The Conduit 2 is currently scheduled for release in fall 2010.