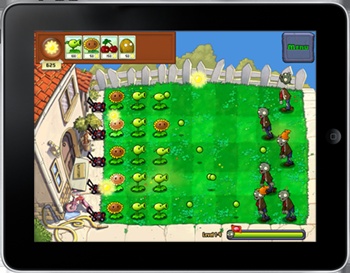 Might not want to break your iPad: One Internet denizen is claiming that Apple told him he had reached his "lifetime limit" on the device after buying several for friends living internationally.

Okay, right off the bat, have a disclaimer: There is no way of knowing whether any of this is true or not. All we have is the word of one blogger that this happened - it might be an embellished "the fish was this big" story, it might be an outright fabrication. Even so, it's a fairly interesting story:

A blogger at Protocol Snow claims that he has been banned from ever buying Apple's shiny new iPad again. The story according to said blogger is that he was friends with several international members of the NeoGAF gaming community who were Apple fans and intended on picking up the tablet when it was released.

However, when Apple delayed the international launch by a month, said friends panicked at the thought of having to wait four more weeks - so the Protocol Snow writer offered to buy the gadget for them and ship it overseas. However, upon returning to the store a third time (dealing with the two-at-a-time limit), he says that he learned he wasn't allowed to purchase any more iPads - ever again.

Me (nonchalantly) - "Is there an issue?"

He's still staring at his monitor and a few seconds pass before Guy #2 carefully says, "There is a limit to the number of iPads that customers can buy."

Ok, so the gig is up. I stand around waiting for a bit and was preparing to leave when Guy #1 returns.

Guy #1 - "I'm sorry sir, but you have reached your lifetime limit of iPad purchases and will not be allowed to buy any more."

Me (anticipating that statement) - "Is the iPad limit per person? Per credit card? Per household?"

Guy #1 - "All I can say is that you have reached your lifetime limit."

So there you have it: According to this blogger, Apple has a lifetime limit on how many iPads any one person can buy.

Questionable source aside, I'm not sure I buy this. It makes perfect sense for Apple to limit the number a person can buy at any one session: It's a new product in high demand, and they'd probably rather keep the iPads off of eBay and other auction sites if at all possible. You don't want anyone with a few dozen grand to burn sweeping into a store and buying out all the stock at once - and turning around and reselling it - right?

But a lifetime ban? Why would any company tell consumers "No, you can't buy any more of our products"? What, were they not pretentious enough for Apple? It doesn't make sense for any company, let alone one as business-savvy as the House of Jobs.

It's possible that it is true, and this is just a case of Apple coming down hard once more. More likely, though, I see one of three scenarios: 1.) The Apple Store employees perhaps didn't understand the policy; 2.) The blogger didn't understand what he was being told; 3.) It's all made up.

But, if it were true, what would it mean? I suppose that even if Apple were barring you from purchasing a new iPad, you could always send your cat to do it for you.