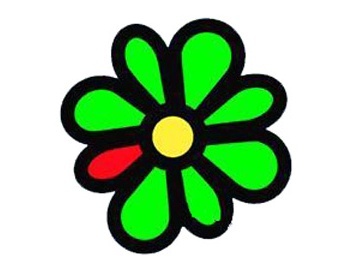 ICQ, the pioneering software that helped make instant messaging a staple of life on the internet, has been sold to the Russians.

Originally developed by Israeli company Mirabilis, ICQ - "I Seek You" - was released to the public in 1996, finally giving people a way to easily and instantly contact their online friends from anywhere in the world. Less than two years later, AOL acquired Mirabilis for more than $400 million, but competing software like AIM and MSN Messenger had already begun to muscle in on the IM territory and in the years that followed, ICQ slowly declined in relevance.

ICQ still draws over 32 million unique visitors each month but more than a quarter of them are from Russia, where it remains the big dog in the IM fight. So it is that, as part of its "turnaround effort," AOL has officially unloaded the service onto Digital Sky Technologies, the largest internet company in the "Russian-speaking and Eastern European market," for $187.5 million: Not exactly chump change but still a substantial loss for AOL.

But AOL's loss is DST's gain, as the saying goes. "ICQ's long-standing brand name and its sizable loyal customer base together represent a very attractive opportunity to further strengthen our position in the region," said DST CEO Yuri Milner.

It's a bit odd to hear ICQ talked about like it's 1998 but the sentimentalist in me is happy to see the old dog getting a bit of the powerhouse treatment again. After my UIN, which I'd had for well over a decade, was hijacked last year, I created a new one and quickly realized that nobody I know uses it anymore. It was a sad day when I bade that protocol farewell, but that sharp, jarring "Uh oh!" will always have a place in my heart.