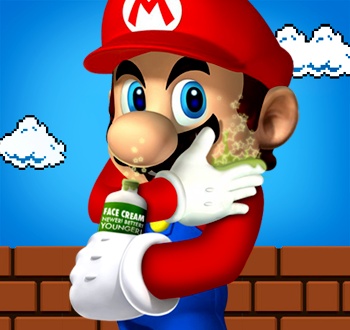 From "de-makes" like Team Fortress 2's Gang Garrison 2 to "new retro" games like Mega Man 9 and Bionic Commando: Re-Armed, it seems like we're all just trying to recapture our youth.

Mario may have a million 1UPs in his pocket, but the rest of us only get one life each - and that means one childhood, and only one. How many of us wish that we could not just replay our favorite games from our youth, but unplay them entirely? To experience them for the first time all over again? That sense of rose-colored nostalgia, an attempt to recapture days gone by, is something that drives many of us in our gaming habits - as Brendan Main argues in Issue 251 of The Escapist:

In a lot of ways, today's gamers have access to the games of their youth like never before. Nowadays, we have the trappings of childhood at our fingertips. Classic older games remain accessible through re-releases, ports and emulation, or are made new through reboots and remakes. Vintage games can often be found online, making even the rarest titles accessible to anyone interested enough to track them down. There are projects that take this dedication to the past a step further. Consider the growing number of "demakes" that reproduce popular games through the formalistic conventions of earlier systems, such as the 8-bit Shadow of the Colossus found in Hold Me Closer, Giant Dancer, and Team Fortress' pixelated reinvention as Gang Garrison 2. Similarly, painstakingly "retro" enhanced remakes like Konami's Castlevania: Rebirth and Capcom's Bionic Commando: Rearmed maintain the art, music and graphic conventions of earlier titles, but tidy them up for a new audience.

All of these games are oriented against the past in one way or another, either by giving players access to the games they played in their youth, or by extending that past to include games that did not or could not exist at the time. Instead of growing out of youth, we remix and re-master it. Rather than resembling that old quote about how growing old meant "putting away childish things," today's gaming landscape exhibits an eternal childhood that grows with us, with no signs of going away.

To read more on how games are giving us an eternal childhood, read "Youth Eternal" in Issue 251 of The Escapist.