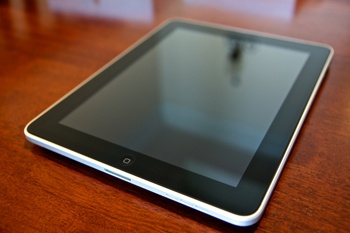 28 Days Later: One million zombies roam North America, and they all have iPads.

The House of Jobs has announced that iPad sales have reached one million units in North America, bolstered by the April 30th release of the 3G-capable model. The iPad started strong, with 300,000 sales on day one after its April 3rd launch, but slowed down over the rest of the month.

Even so, it reached its one-million-strong milestone in a mere 28 days. This, by the way, is more than twice as fast as the iPhone was in hitting the same mark - Apple didn't sell its one-millionth iPhone until 74 days after release.

"Demand continues to exceed supply and we're working hard to get this magical product into the hands of even more customers," Apple CEO Steve Jobs said before turning around to sprinkle more pixie dust on the magical mystical device.

While this exceeds analyst expectations - Hudson Square Research analyst Daniel Ernst said he had predicted only 1.25 million for the entire June quarter, with two months to go - those same analysts also say that Apple might not want to get too cocky. After all, many of the early adopters have been techies and members of the iCult group of Apple fanatics. It remains to be seen how the product will make inroads into the mass market (or not), but many are saying that it will in fact be a "game-changer."

International pre-orders open on May 10th. And hey, maybe now you can play WoW on it, too! (Or log in, at least)

You can feel free to insert your own 28 Days Later joke here, but I already did, so ... maybe you shouldn't.