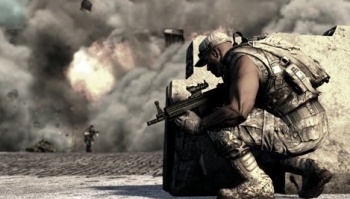 A teenager who admitted to hacking the PlayStation website in 2008 after being banned for cheating in SOCOM has been sentenced to a year probation, community service and a fine.

The 17-year-old, from Latrobe, Pennsylvania, used a botnet to perform a denial-of-service attack against the PlayStation website, "clogging" three games on the site and "causing it to crash and go off-line" repeatedly between November 16 and 26. The boy, described as "a good student [who] participated in school activities," was apparently angry over getting the boot for cheating in online sessions of SOCOM: U.S. Navy SEALs.

"This offense, by its very nature (which is similar to serious attacks against national cybersecurity), caused great alarm within Sony Corp. and the FBI," Judge John Driscoll wrote in his ruling. "One would expect that anti-social or sociopathic individuals would commit such a computer crime; nevertheless, the juvenile seems to have accepted personal responsibility and agrees he should be held accountable."

The youth was found guilty of unlawful use of a computer, criminal use of a computer, computer trespassing and the distribution of a computer virus; state prosecutors dropped 11 other charges, including some related to a similar attack against Sony carried out in March 2009. Sony had asked for restitution in excess of $33,200, but the judge ruled that such an amount would be excessive, instead ordering the boy to pay $5000 and slapping him with one year or probation and 250 hours of community service.