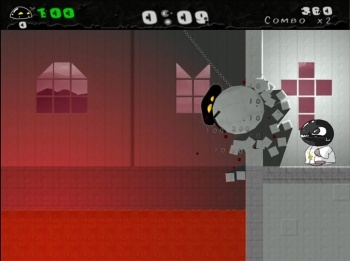 The Humble Indie Bundle "Pay What You Want" sale has brought in over $1 million in just seven days, including $350,000 for charity, and now four of the games in the bundle are going open source as a way of saying thanks.

The Humble Indie Bundle is a smashing good deal: Six top-quality games from independent developers for the low, low price of whatever you feel like paying. It was a little disheartening to learn that even with the opportunity to pay a tiny amount and shoot it all to charity, some people still insisted on piracy, but as Wolfire Games revealed yesterday, all in all the sale went over not too badly.

"The Humble Indie Bundle experiment has been a massive success beyond our craziest expectations," the studio said. "In just over seven days, 124,072 generous contributors have put down an incredible $1,135,206. Of this, contributors chose to allocate 30.93 percent to charity: $351,094 for the Electronic Frontier Foundation and Child's Play Charity."

In response, four of the five games in the bundle - Aquaria, Gish, Lugara HD and Penumbra Overture - are transitioning to open source. "We are preparing the sources right now and will be releasing them ASAP. We spent last night preparing Lugaru and it is available now," Wolfire said. "The code is still a little rough (no Visual Studio project yet, for instance) but hopefully with the help of the community we can rapidly make it more accessible to everyone."

"The games will be free as in 'free speech,' not as in 'free beer,'" the studio noted. "It is the underlying code that will be made available to everyone."

Nothing warms my heart like a happy ending to a good story. And this one's not over just yet: The Humble Indie Bundle "Pay What You Want" sale is still ongoing at wolfire.com/humble.

Experienced Points: The Indies Will Ruin Everything! Shamus Young 64 Comments
Comments on