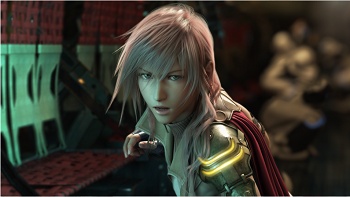 According to BioWare, a series that once defined the traditional RPG has stepped completely out of its own genre.

The divide between western and eastern RPGs has always been pretty large, but the sides have tended to keep to themselves. Not anymore, as BioWare Austin writing director Daniel Erickson has called Final Fantasy XIII out on its validity as an RPG.

Taking to Strategy Informer, Erickson said: "You can put a 'J' in front of it, but it's not an RPG. You don't make any choices, you don't create a character, you don't live your character... I don't know what those are - adventure games maybe? But they're not RPG's."

This was in response to a question about Star Wars: The Old Republic's story being a major pillar of the upcoming BioWare MMORPG, and how the lack of good gameplay to back up a story can affect a game like it may have with Final Fantasy XIII. It's definitely an interesting comment that highlights the controversy created by the latest game in a series that was traditionally meant to define what an RPG is.

It's useless to get into the debate over the definition of an RPG, but even Square Enix once told 1up that Final Fantasy XIII wasn't designed using the RPG template. Final Fantasy XIII is the only Final Fantasy title that seems to be pushing away a huge segment of the hardcore audience that would have at one time supported it vehemently. I've got to agree with Erickson here, even games like Mass Effect 2, which has been criticized for losing some traditional RPG elements, feel more like RPGs lately than Final Fantasy XIII due to the choices players can make with regards to their own characters. Years ago, I doubt anyone would have predicted that Final Fantasy XIII would fall off of the RPG ladder to any extent, let alone become something that doesn't even feel like one to some players.