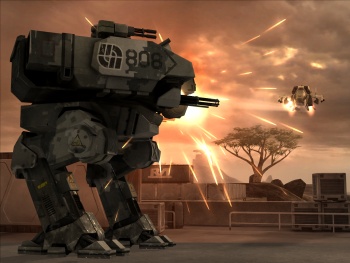 Trademarks filed by Activision could hint at the future of Call of Duty.

This week, Activision filed multiple trademarks discovered by Superannuation that may give a small clue as to where the Call of Duty series is going to go after Call of Duty: Black Ops. The company covered multiple bases with the filings, indicating that CoD could go to the future, into space, or beyond.

Here is the full list of what was trademarked:

The most likely candidate for another Call of Duty game would be Future Warfare in my mind, or possibly Secret Warfare though it sounds a bit similar to Black Ops. Space Warfare also infers that whatever is in-development, in a concept phase, or simply an idea, involves much more than futuristic guns and mechs.

Activision could just be looking into the future for places it may want to take the series even if it doesn't plan to currently. The variations here appear to mean that nothing is concrete, but something may be in the works. After World War II got stale, Call of Duty was brought into modern times with Modern Warfare, so it makes perfect sense to take the popular FPS forward in time again to avoid making the current-day stale too. This is all speculation, but let's face it, it's probably going to happen in some form.