With the Cataclysm beta around the corner, Blizzard has finally pulled the sheet off of the female members of the playable Worgen race.

When Blizzard announced Cataclysm, its third expansion to MMOG behemoth World of Warcraft, it revealed that the game would be getting two new playable races: The Horde would be getting the profit-minded, explosion-happy Goblins of the Bilgewater Cartel, and Alliance would be joining up with the Worgen-cursed inhabitants of Gilneas (essentially, Victorian werewolves).

One of the biggest questions players had, though, was this: What the hell would the female Worgen look like? All of the existing art and models - and everything Blizzard showed at BlizzCon '09 - had been based on male lycanthropes. We'd seen the male Worgen, and both the male and female Goblins, but Blizzard was keeping the female Worgen tightly under wraps.

Until they sent us the images you see below earlier today, anyway. So, if you were intending to roll a female Worgen once Cataclysm hit, this is what you're going to look like.

It's worth noting that Blizzard stressed that these are, in fact, a work in progress and will likely change slightly by the time the game comes out. So, keep that in mind.

Honestly, though? It's tough to say, and I'll have to withhold final judgment until we see them fully animated, but I like 'em. It's the little touches in the model that get me: Notice how the ears are upright when they're standing still, but flattened in the "action" poses? If you've ever owned a dog with that type of ear, that's pretty damn accurate. Also, those claws look pretty wicked - no wonder Worgen Leatherworkers don't need a skinning knife to do their job. Ouch!

I think Blizzard has done a pretty good job here of striking a fine line between "feral badass" and "nice to look at." Back in Burning Crusade, the Horde got an "attractive" race in the Blood Elves, but the Alliance has been missing a similarly "bestial, monstrous" race of their own. And no, the Draenei don't count, they're just Russian.

What do you guys think? Do you like how the female Worgen look? Are you more or less likely to create one now?

Check below to see the female Worgen model in all four types of armor - click on the images to see them in their full-sized glory! 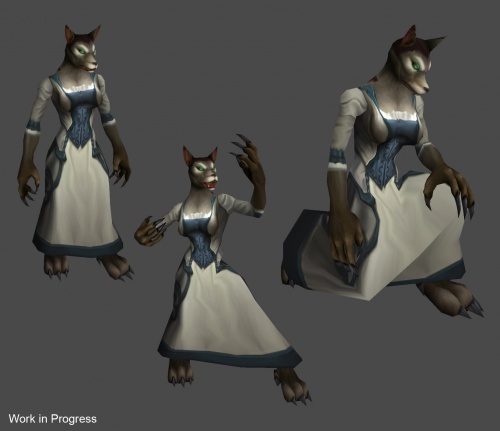 Cloth Armor: Worgen can be Priests, Mages, and Warlocks. 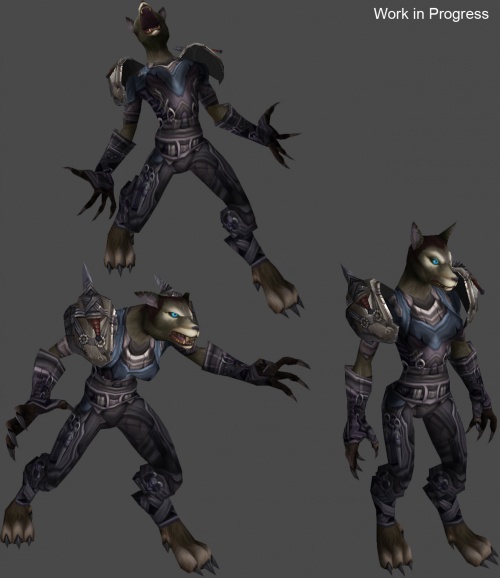 Leather Armor: Worgen can be Druids and Rogues. 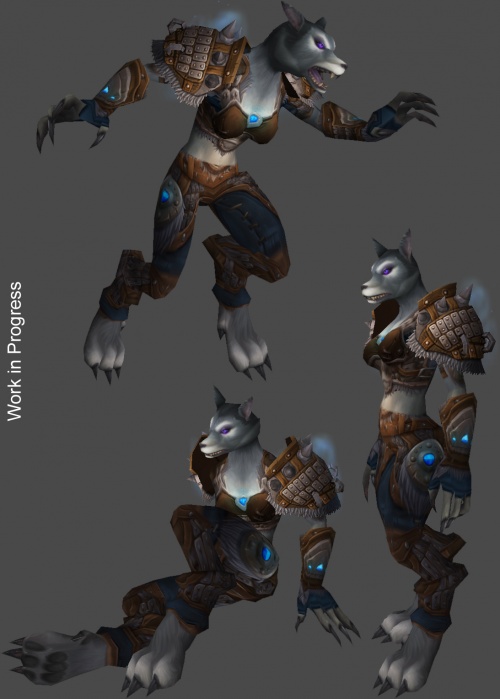 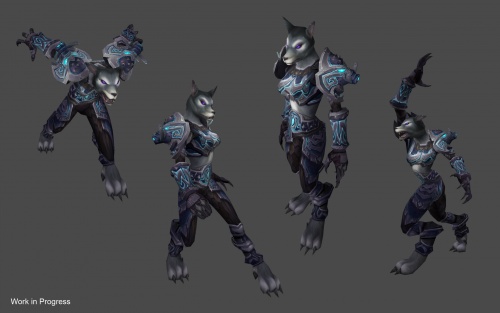 Plate Armor: Worgen can be Warriors and Death Knights. No Paladins for you.
Related to:
john funk, blizzard entertainment, werewolf, worgen, world of warcraft cataclysm
0
Tweet