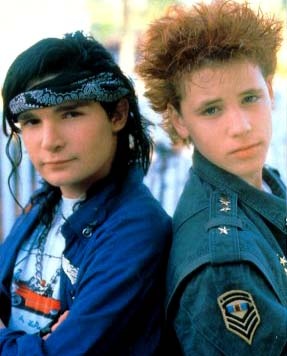 Ubisoft's Bloody Good Time, a game about teen actors killing each other for fame, has been confirmed and is expected in early summer.

Before now, Bloody Good Time was spoken about in whispers, hushes, and rumors. Joystiq noticed that the strange-sounding Ubisoft game was confirmed by a recent financial report (pdf), and given a first quarter release window.

There isn't much information available on Bloody Good Time yet, but what is available is pretty sweet. A short description on the game's temporary website says: "Bloody Good Time is a game regrouping ambitious teen actors ready to kill for fame! Selected by a weird B-movie director looking for the best shot, they will do anything to get the lead role."

The description is two sentences of absolute greatness. If I'm interpreting it correctly, ex-teen actors are given a chance to get back into the limelight by murdering things. Will they be murdering each other in order to become the last person standing, or going on random killing sprees? What is this "weird B-movie" that they would do anything to get the lead role in? Could it be the remake of Teen Wolf?

The financial report lists Bloody Good Time as a PC and Xbox Live Arcade title scheduled for release between April and June of 2010. Seeing as how today is May 19 that would put Bloody Good Time in gamers' hands in a little over a month at the latest. This would mean that Ubisoft should be revealing what the game actually is pretty soon. I'm thinking it'll be a top-down action-shooter in the vein of something like Smash TV, but I never count my chickens before they hatch.