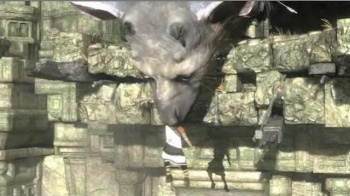 Rumor has it that Team Ico's last-generation masterpieces Ico and Shadow of the Colossus will be making their way to the HD life on Blu-Ray early next year.

If you were to ask one of the sixteen people on the planet who played 2001's Ico what they thought of it, chances are high that they'd tell you that the game - and its spiritual successor, 2006's Shadow of the Colossus - were goddamn masterpieces of the last generation. And you know what? They'd be absolutely right.

So even if the rumor that Fumito Ueda's last-generation gems would be given an HD upgrade and released on Blu-Ray as Team Ico Collection in Q1 2011 isn't true, I'm going to just sit here and cross my fingers that it is. I would buy this in half a heartbeat, people.

If true, it could signal Sony trying to take the same approach with Team Ico's upcoming The Last Guardian as it did with God of War III: Release the first two games in shiny modern(ish) glory to get fans pumped for the third.

I'm not going to complain. I'm really, really not.

Featured Articles: For Want Of A Horse, The Game Was Lost Rachel Verkade 52 Comments

Judging By The Cover: Ico Yahtzee Croshaw 23 Comments
Comments on