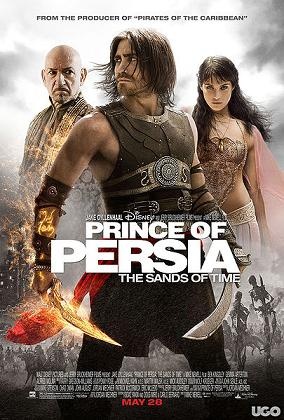 Independent filmmaker Jehanzeb Dar says the upcoming Jake Gyllenhaal film Prince of Persia is "insulting" because a Caucasian rather than a Persian was cast in the lead role.

It seems obvious enough that a movie entitled Prince of Persia: The Sands of Time would be about a prince, or at least a princely guy, of the Persian persuasion. But the actor playing said prince isn't Persian at all; he's a blue-eyed dude from Los Angeles named Jake. In Dar's opinion, it's a clear case of "whitewashing" - casting white actors to play ethnic characters.

"This part really needed to go to someone who's Persian," Dar said. "It's not only insulting to Persians, it's also insulting to white people. It's saying white people can't enjoy movies unless the protagonist is white."

Similar criticisms were leveled at The Last Airbender, the upcoming M. Night Shyamalan flick based on the animated series Avatar: The Last Airbender. The original Nickelodeon series was set in an "Asian-inspired world" but three of the four principal actors in the film are white. "This is the standard procedure for Hollywood films, and it really shouldn't be," said Michael Le of Racebending.com. "It's 2010."

While there's no doubt some merit to the complaint, I think it's also fair to suggest that Gyllenhaal was given the role in large part because he's a known commodity who can carry a summer blockbuster. The Last Airbender star Jackson Rathbone may not have quite the same level of fame but he is a Twilight alumnus and that probably counts for something. Maybe there's some latent racism at work here, but I think it's safe to say that a good old-fashioned hunger for money has a lot to do with it too.