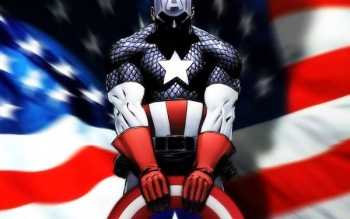 Tommy Lee Jones and James McAvoy have been cast in the new Captain America and X-Men movies.

New actors have been cast for Captain America: First Avenger and X-Men: First Class, just two of the plethora of superhero movies scheduled for release next year.

Tommy Lee Jones has been cast in a currently unknown part in the Captain America movie, although rumors suggest he will be playing General Chester Phillips, who chose Steve Rogers for the test that turned him into Captain America, and subsequently helped train him. Lee Jones previous foray into comic book movies was as Two-Face in Batman Forever.

On the X-Men front, Wanted star James McAvoy has been cast as Charles Xavier, better known as Professor X, in X-Men: First Class, which depicts the early days of the X-Men, and is being produced by Bryan Singer, who helmed the first two X-Men movies and directed by Kick-Ass director Matthew Vaughn.