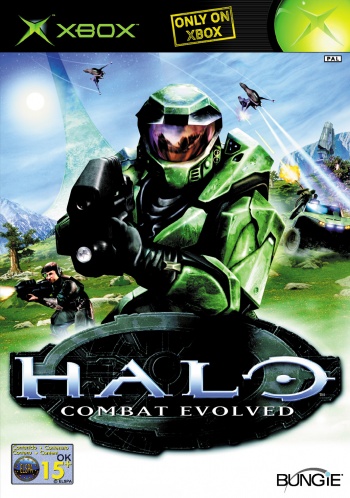 If Microsoft had its way, Halo would have been called something completely different.

Halo is a big name today, but back before the first title in the series, Halo: Combat Evolved, came out in 2001, Microsoft wanted to change that name to something else. Microsoft apparently didn't feel "Halo" would sell and forced developer Bungie to add the "Combat Evolved" subtitle.

Bungie ended up under Microsoft's corporate umbrella after being acquired in 2000, and Halo: Combat Evolved turned into a massively successful launch title for the original Xbox. However, Bungie wasn't too enthused with calling the game anything other than Halo at Microsoft's request.

Halo designer Jaime Griesemer recently told Edge Magazine (via CVG): "Oh, man... the subtitle. At the time, Microsoft marketing thought Halo was not a good name for a video game brand. It wasn't descriptive like all the military games we were competing with."

Bungie stuck to its guns though. "We told them Halo was the name," Greisemer said. Neither party was satisfied, so a compromise was reached where Microsoft could add the subtitle which "everyone at Bungie hated," revealed Greisemer.

"But it turned out to be a very sticky label and has now entered the gaming lexicon to the point where articles that have nothing to do with Halo get titles like 'Skateboarding Evolved'. So I guess in hindsight it was a good compromise," he admitted.

Bungie obviously gained some clout after Halo: Combat Evolved's success, which would explain why Halo 2 wasn't called Halo 2: Combat Evolved Again and Halo 3 wasn't Halo 3: Even More Evolution With Regards to Combat. It looks like Bungie was having trouble being under Microsoft from the very first title released after acquisition. It makes perfect sense for the developer to have been looking for greener pastures where it could perhaps find a bit more freedom, signing that lengthy deal with Activision earlier this year.