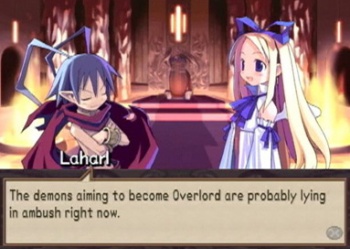 Japan's Computer Entertainment Suppliers Association claims that piracy on handheld gaming systems has cost the international videogame industry more than $41 billion over the past half-decade.

When we talk game piracy, we usually talk about the PC, which is far and away the most vulnerable platform on the market. But according to the results of an investigation conducted by CESA, the portable gaming market is being hammered pretty badly too. The association said that between 2004 and June 2009, illegal game copying on the Nintendo DS and Sony PSP added up to a worldwide loss of $41.5 billion.

Researchers arrived at this number by searching for Japanese versions of the top 20 releases from 2004 to 2009 on the top 114 piracy sites around the world. The retail cost of the games and their ratio of sales were then factored in to determine the cost to the Japanese market; that figure was multiplied by four, "under the assumption that Japan accounts for 25 percent of the world's software market," to come up with the worldwide figure.

It's a huge number and comes with certain presumptions attached that will no doubt lead to complaints that it's grossly inflated. However, as CESA points out, the study didn't include peer-to-peer file sharing, meaning the real figure could be even higher. Bottom line? It's just about impossible to nail down how much the industry is actually losing to piracy but whatever the amount may be, it's a lot.

The study also made the interesting observation that the country hosting the most piracy sites is none other than the United States, with China coming in second. Between the two, they account for roughly 60 percent of all servers, leading at least one observer (that being me) to wonder if the U.S. will place itself on the U.S. Trade Representative's "Priority Watch List."