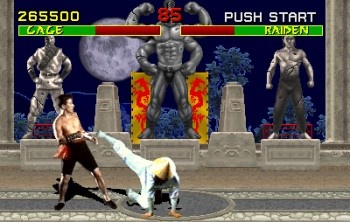 A new study has found that most teenagers are unaffected by playing violent videogames, unless they're psychologically predisposed to hostile behavior in the first place.

Conventional wisdom, at least among those who believe that gaming turns kids into slavering zombie killers, is that the more they play violent games, the more desensitized they become to violent behavior and thus the more likely they are to commit it themselves. But a new study conducted by Patrick M. Markey, an associate research professor at Villanova University, and Charlotte N. Markey, an associate professor at Rutgers, has found that the only teenagers likely to be affected by gaming are those who are "predisposed to be highly neurotic, less agreeable and less conscientious" to begin with.

"Individuals are not 'blank slates.' One's general disposition moderates the effect of violent media," Dr. Patrick Markey said. "General policy recommendations based on the notion that violent videogames are simply 'bad' and individuals who play violent videogames will inevitably become aggressive appear to be unwarranted. Instead it is crucial to consider the dispositional characteristics of the person playing the videogame when predicting the type of effect the violent videogame might have on his or her hostility."

Published in the June issue of the Review of General Psychology, the study of 118 teenagers focused on the "Five-Factor Model" of personality traits and found that a "perfect storm" of three of those traits - high neuroticism, low agreeableness and low conscientiousness - resulted in a "vulnerable condition" that left teens more likely to be negatively affected by violent games. Those who did not display those personality traits were either unaffected or only slightly affected by the games.

While a connection to violent games has been made to almost every school shooting since the 1999 Columbine massacre, the killers "also possessed maladaptive personality traits and characteristics," the report points out. "School violence attributed to violent media has involved shooters who were described by themselves and others as extremely angry, mean, depressed, psychotic, unruly, anxious, aggressive and hateful before the shootings occurred."

"Although the incidences of violence, particularly school violence, linked to videogames are alarming, what should perhaps surprise us more is that there are not more VVG [violent videogame]-driven violent episodes," it says. "Given the number of youths who regularly engage in VVG pay and the general concern regarding this media, it would seem likely that the resulting violent episodes would be a regular occurrence. And yet, daily reports of mass violence are not reported. It appears that the vast majority of individuals exposed to VVGs do not become violent in the 'real world'."

The full text of the study, "Vulnerability to Violent Videogames: A Review and Integration of Personality Research," is available from the American Psychiatric Association. (PDF format)