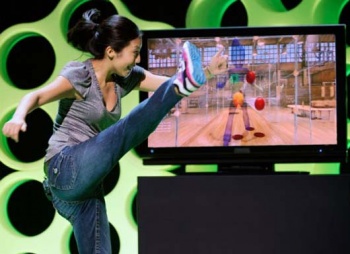 Analyst Michael Pachter says the 2010 edition of E3 will be a big one for Microsoft and Sony as the industry decides whether Project Natal and PlayStation Move are "game changers or gimmicks."

It's tough to be judged. You go out into the world and do your very best, only to have people point and laugh and throw beer bottles at you. But judgment is an unavoidable consequence of action and at the upcoming E3, both Microsoft and Sony - who are trying to break innovative new ground with their Project Natal and Move motion controllers - will be closely scrutinized indeed.

Cost is one big question mark hanging over the new controllers. In February, Pachter predicted that Natal would come in at around the $50 mark but near the end of May, Edge Online reported that the actual price would be $149. Despite its proximity, Pachter said carved-in-stone pricing probably wouldn't be revealed at the show. "We do not expect pricing to be resolved at E3, and think that Microsoft continues to weigh the lifetime value of a new Natal customer against the profits that can be made by the initial hardware sale," he added.

I have no doubt that Move and Project Natal will be the big stories at E3, precisely because I have many doubts about their potential for success. They're technologically impressive but balloon-popping party games and one-dimensional sword fighting sims aren't going to cut it, and without major developer support and a price point that puts them within reach of the majority of owners, either or both could very easily become this generation's techno-albatross.