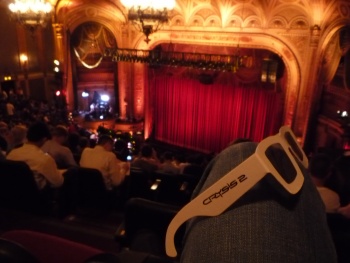 At its E3 2010 press conference, EA unveiled "Live Broadcast," a feature that will give your virtual MMA matches a chance to be broadcast to thousands.

I'm going to be honest here: I'm no MMA fighter, and neither are you. If I stepped in the ring, I'd get pummeled in seconds flat. But I do like fighting games, and I do like talking smack.

So I guess that makes me the target audience for EA's "Live Broadcast," then. The publisher unveiled the feature at its E3 2010 press conference - it will let you upload photos to create your own fighter when you can then take into the ring.

After that? You smack talk - and I mean, really smack talk. Upload videos of yourself calling your opponent of choice every single pejorative you can imagine, and EA will host them (hopefully with some quality control).

Tournaments will be held online, and the top matches will be broadcast for thousand of people to watch - complete with professional commentary.

I'm not sure it'll work at advertised, but if it does, it'll be awesome.

Keep track of our liveblog for more.