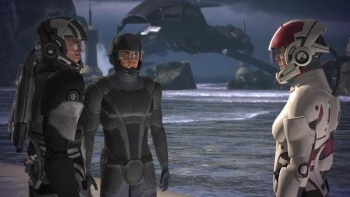 Nearly 25 percent of Facebook users have been dumped through the site, a recent survey has found, and just about as many said that if the time came, they'd do the same thing to their significant others.

Breaking up is hard to do, unless you do it on Facebook, that is. In that case, it seems pretty simple: Change your relationship status to "single" and stop answering the phone for a few days. It sounds greasy but according to a survey conducted by Snap Interactive, the company behind the Are You Interested? dating site on Facebook, it's also a surprisingly popular method of cutting ties.

A survey of 1000 Facebook users, self-reporting as 70 percent male and 30 percent female, found that nearly one-quarter had discovered that a past relationship had come to a screeching halt thanks to a Facebook status update. Furthermore, nearly 21 percent said they'd do the same thing themselves and dump someone by changing their status to "single" and waiting for the news to trickle down.

Facebook is also a useful tool for those who don't want to break up but aren't really interested in going out for the traditional Wednesday night beer and bowling, either. Almost 40 percent of respondents admit to having informed their partners that they have other plans for the evening through their Facebook page and 35 percent have said they've done it even when they in fact had no plans at all.

If I was smarter, I'd make some kind of pointed comment about the irony of Facebook, which is ostensibly meant to bring people together, being such an effective tool for (relatively) pain-free breakups. Instead, I'll just quote Snap Interactive CEO Clifford Lerner, who wrote, "Facebook can be a wonderful tool to manipulate a person's image for dating purposes as well as providing an easy way out when it comes to doing the dirty work."

I can't imagine ever doing something like this through a social network, but I'm also old and frightened of new things that I don't understand. So how about it, kids? Have you ever cut someone loose with a status change?