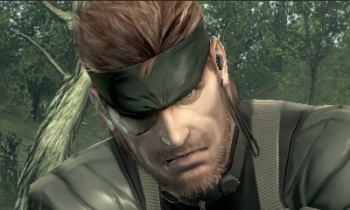 Before he created Metal Gear Solid, Hideo Kojima sought - and received - the approval of John Carpenter to base his hero on Carpenter's original badass Snake from Escape From New York.

Gamers know Solid Snake. Gamers love Solid Snake. Solid Snake is a total badass, despite some questionable hair choices in MGS2 and his newfound senior citizen status in MGS4. But Snake is by no means the first grizzled badass to bear that serpentine moniker: The character was clearly modeled on Snake Plissken, the hard-boiled main character from Escape From New York (as well as its unfortunate sequel, Escape From LA).

Metal Gear creator Hideo Kojima has never tried to hide the inspiration for Solid Snake, even giving the hero the alias "Iroquois Plissken" in MGS2. But according to Escape director (and original Snake creator) John Carpenter, Kojima actually wrote to him asking permission to pay homage to one Snake with another before making Metal Gear Solid.

"[Hideo Kojima] has written me and asked me for my blessing on the game and I wrote him back [to say] how about it?" Carpenter told CVG. "He's a very nice man."

Yeah, but can Kurt Russell use nanomachines, John? I didn't think so.

Five Films That Should Never, Ever Be Remade shanto1138 14 Comments
Comments on