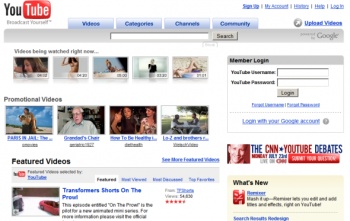 A court has found Google not liable for users' copyright infringement.

A New York judge has thrown out a $1 billion lawsuit brought against Google by media giant Viacom over Google and YouTube's role in hosting copyrighted material without permission. District Judge Louis Stanton said that simply being aware that users might post copyrighted material to YouTube was not sufficient to hold the company liable.

"Mere knowledge of prevalence of such activity in general is not enough," said Judge Stanton. "The provider need not monitor or seek out facts indicating such activity ... YouTube was given notices, it removed the material ... it is thus protected from liability."

Viacom said that the ruling was "fundamentally flawed" and said that it planned to appeal. Google welcomed the judge's decision, and in a post on the company blog, Vice President and General Counsel Kent Walker said: "This is an important victory not just for us, but also for the billions of people around the world who use the web to communicate and share experiences with each other."

As important as the victory may be, however, some think this is just the first battle of many. "These issues are really important for content creators to protect their intellectual property against the usage by online aggregators. It is really important for content creator to get paid," said Laura Martin, an analyst for investment banking and asset management firm Needham. "This is the beginning, not the end. Sumner [Redstone, Viacom's chairman] won't roll over and die over on this."