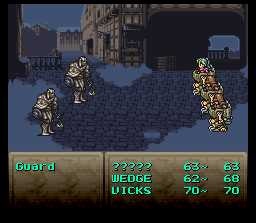 We'd been told that Final Fantasy V and VI probably wouldn't be remade on the DS, so how about on the the 3DS instead?

At E3 this year Siliconera was able to have a few words with Hashimoto who had this to say about the 3DS: "As you saw from Nintendo's press conference yesterday, there is new hardware coming out. We knew that was coming. We had to make decisions understanding that there were hardware changes in the near future and where want to put our resources."

When asked about the possibility of Final Fantasy V and VI being remade with the new hardware, Hashimoto laughed and said: "No decision has been made. Rather than creating a V or VI for the current DS we want to take a look to see how 3DS does, how it evolves, and then make a decision." This is a much better indication than saying that there are "technical issues" in the way.

The 3DS is allegedly a powerful system, able to run at least a variant of the Resident Evil 5 engine, so it wouldn't be a surprise if any hardware related issues with bringing Final Fantasy V and VI to the DS would be resolved on the 3DS. Many hardcore Final Fantasy lovers put Final Fantasy VI at the top of their list of series favorites due to its depth, complexity, and the inclusion of a berserk Yeti as a secret character. In my personal opinion as one of those that favors Final Fantasy VI, a remake on the 3DS would be incredible. Moogles in 3D? I think my brains just exploded out of my ears.