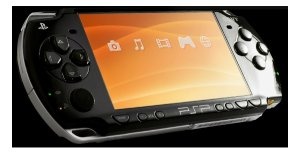 Sony has no plans to imitate the Nintendo 3DS and won't be incorporating 3D into the next PSP.

Sony might have been pleased by the 3DS but has no plans to use a glasses-free 3D screen for the PSP's successor. For now, it looks like the company will be focusing on 3D games only for the PlayStation 3.

In an interview with Industry Gamers, Sony Worldwide Studios VP Scott Rohde was asked if the company would add 3D technology into the next PSP and he replied: "No, no plans for that ... We just chose to focus on the big 3D in the home."

Sony seems to be in danger of falling even further behind in the handheld space and hasn't even done anything with touchscreen technology yet. What will the PSP2 do, when will it be announced, and is there even one in the planning stages?

In regards to these questions, Rhode said: "It's just not something we're announcing right now. It's just as simple as that. It's all I can tell you." A waiting game it is.