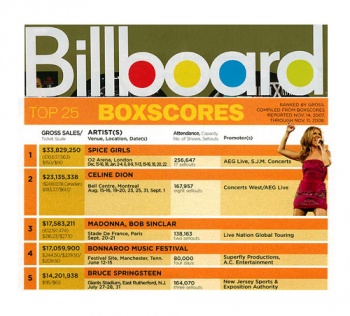 Taking lessons from the movie and music industry could be a big help for videogames, according to the ESA's Michael Gallagher.

Hearing that an artist has a number one single, or that a movie has topped the box office charts is pretty commonplace, but as yet, videogames lack an official chart of their own. ESA President Michael Gallagher is hoping that will soon change however, as he believes that a chart for games would be of great benefit to the industry.

"You now have significant revenue, and growth and investment, and where that flows you tend to get better information," Gallagher said. "Reporters ask for it, investors certainly do and then there are consumers. There is an advantage to the companies to figure out a way to report that."

"Someone had better do it or you're going to have a trade association doing it," he added. "It has got to be done."

Gallagher said that the current sources of information give an incomplete picture of how videogames are being consumed by the public. He cited the NPD Group, which doesn't track the digital sales, as an example, and said that it had effectively ignored the growth of Zynga, a developer that some have valued at around $4 billion. "It has a phenomenal rate of growth that is not captured," he said. "So there is a disconnect."

Gallagher said that he hoped some sort of structure was put in place soon, so that people could get a more accurate picture of the industry. "I'd like to see it move faster," he said. "I think this industry is accomplishing great things across a far great reach, than is traditionally reported."