In this week's edition, Alice heads back to Wonderland, and Japan builds even more giant robots.

StarCraft 2 Not Quite as Expensive as First Thought

Did you hear about StarCraft 2 costing $100 million to make? Well, according to Blizzard that's not entirely accurate, and that massive figure actually refers to the costs involved in making World of Warcraft. Blizzard hasn't revealed how much StarCraft 2 actually did cost, but it almost certainly didn't come cheap. (link)

Daily Star Writer Makes up Story Then Sneers at Gamers

If you had made up a story making out that videogame makers were trying to cash in on the recent Raoul Moat tragedy, you'd expect gamers to be a little bit miffed when they found out, right? Not Jerry Lawton, who wrote that exact story and said he was baffled by the negative reaction he'd received when his story was revealed to be untrue. (link)

More Air to Be Bent in Avatar Sequel

Nickelodean's Avatar: The Last Airbender series is getting a sequel, with a working title of The Legend of Korra. The new series follows the adventures of the next avatar as she tries to master the art of air bending in the steampunk environs of Republic City. The creators of the original series are working on it, and M. Night Shyamalan is nowhere to be found. (link)

Just How Deep Is This Rabbit Hole Anyway? 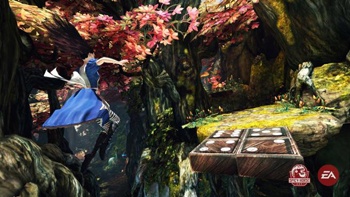 The long awaited sequel to American McGee's Alice has finally been formerly announced. All we've seen of Alice: Madness Returns so far is a few screenshots and a thirty second video, which is one of the creepiest things I've ever seen. The original game was wonderfully twisted and dark, and hopefully the sequel will have many of the same qualities. (link)

Japan Builds Giant Robot to Kill Us All

If you were going to build a giant robot, you'd go for a friendly one like Gigantor and Optimus Prime, right? Not one that wants destroy all life, like the EVA units from Neon Genesis Evangelion. With that in mind, the life-sized bust of EVA-1 recently completed in Japan seems even stranger than the country's other giant robot projects. It'll end in tears - and probably terrible destruction - mark my words. (link)