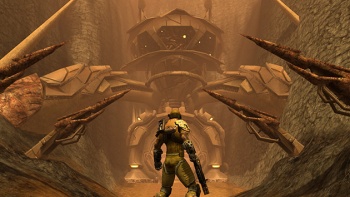 Ultima creator and space tourist Richard Garriott has won millions of dollars in his lawsuit against publisher NCSoft.

Last year Garriott sued Korean publisher NCSoft for fraud, saying that the company had fired him, but his departure had been "re-characterized" as a voluntary resignation. Because of this, he said, he had lost millions of dollars because by "resigning" he had only 90 days to exercise his stock options, rather than the years he'd have had if he'd been fired, which meant he'd had to sell in a very depressed market.

After a three and a half day long trial, the court awarded Garriott $28 million, enough to cover the profits he claimed he had lost out on from the sale of his stock. Garriott said that he was pleased with the jury's decision, but NCSoft's lawyer said that it was considering its options for taking the case further.

Garriott joined NCSoft in 2001 and when his studio Destination Games was acquired by the publisher. He parted ways with NCSoft at the end of 2008, just weeks before his game Tabula Rasa was shut down.