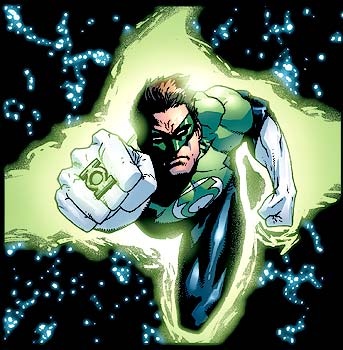 If you're thinking the Green Lantern movie will be just like every other superhero flick, think again.

The movie adaptation of DC Comics' Green Lantern will hit theaters next year, and the film's screenwriter Greg Berlanti wants people to know it's not going to be goofy or campy. In fact, he compares the film closer to something like Star Wars than Spider-Man or X-Men.

Berlanti said in a group interview yesterday that the Green Lantern movie is a combination of "a real traditional superhero film on Earth and a space opera in space." He calls it "a melding of genres."

The premise behind Green Lantern is that a human, Hal Jordan, becomes part of a group of guardians that protect the entire universe, so it makes sense that the movie would be somewhat of a space opera. However, Berlanti also compares the movie to Star Wars based on the similarities between Hal Jordan's and Luke Skywalker's abilities.

"Hal Jordan has been compared to the Luke Skywalker of the DC universe," he said. "So I think it does have comparisons to that." Hal Jordan as Green Lantern is able to create anything he can imagine and will into existence with his power ring, sort of like how Luke Skywalker uses his will to control the force.

If you go back and read many of the Green Lantern comic books, you'll see that they can get pretty goofy with the mental constructs Jordan and the other Green Lanterns create. Berlanti also aims to soothe our worries of these constructs becoming campy, saying that at first the script would only have Jordan's ring blasting enemies, but later versions "could be more explicit about what those [constructs] were without it coming off too goofy."

I'm pretty excited to see Green Lantern especially now that we know it may have a Star Wars vibe according to Berlanti. As a huge fan of the comic book in the olden days of yore, the new movie posters (available at IMDB) showing off Green Lantern enemy Sinestro's face got my heart pumping. The Green Lantern comic book has had a lot of interesting storylines in it over the years that could be covered in movies, so I'm hoping for a winner and multiple sequels from this one.