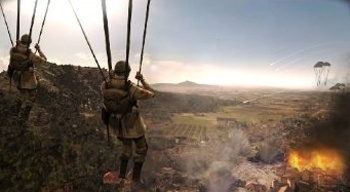 Ubisoft seems to finally be clueing in to the fact nobody likes its DRM methods and is launching its next big game with Valve's Steamworks, instead.

It doesn't seem like anyone is actually in love with Ubisoft's DRM system that requires players to always be connected to the internet, including Ubisoft. The publisher has revealed that R.U.S.E., its upcoming strategy game, won't use their controversial DRM and will instead rely on Steamworks to verify a game's authenticity.

If you end up picking up the PC version of the game, you won't need to be connected to the Web whenever you want to play it. Instead, you'll only need to login to Steam once. A member of the Ubisoft team announced this decision via a post to the Ubi forums:

"When R.U.S.E. is released in September, it will benefit from Valve's Steamworks API to offer the best community experience to players. Consequently, a Steam account and internet connection will be required to activate the game, as per Steam policy. For this reason, R.U.S.E. will not use the Ubisoft protection. Single player can be played offline."

This is presumably a test to see how well Steamworks will protect Ubisoft games from piracy. Hopefully, Ubisoft will continue using it, since Steam is a much better system than the one that made games unplayable when DRM servers would crash.