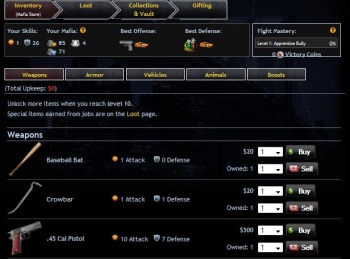 Zynga's recent marketing campaign for Mafia Wars involved gluing money around the streets of San Francisco, much to the chagrin of city workers.

Zynga is currently trying to promote the addition of Las Vegas to Mafia Wars through means that are not quite normal. After Snoop Dogg blew up an armored truck this week, a bunch of fake $25,000 bills were glued to the sidewalk in various San Francisco locations, which the city is none too happy with.

The bills promote a contest that can win participants $25,000 through the Mafia Wars website, but the city considers them serious graffiti. San Francisco City Attorney Dennis Herrera has threatened Zynga with a lawsuit over the marketing campaign due to its cost to the city. Ungluing the bills reportedly takes a steam cleaner 45 minutes, and annoying paperwork. Total cleanup costs are still unknown.

Deputy City Attorney Alex Tse has ordered Zynga to turn over all information on the marketing campaign and "a proposal to fully resolve the issue" beyond just paying for the city's time. Tse calls Zynga's advertisements "illegal marketing tactics," and isn't amused by them. Illegal or not, and whatever the ultimate cost for Zynga, the campaign appears to have done its job by getting the word out about the Las Vegas expansion to people that weren't aware of Mafia Wars before.