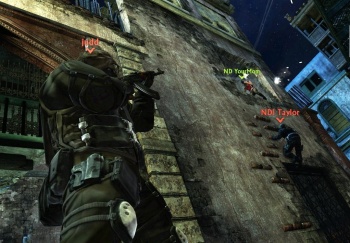 The used games debate hasn't gone unnoticed by Sony, and the company may plan to implement an Online Pass code system in its first-party titles.

The videogame industry from the development and publishing side pretty much hates used games, with InstantAction CEO Louis Castle perhaps the most blunt about its grievances. Publishers have been trying to earn money off of the used games market, and in some ways trying to force consumers to purchase new games over used, with systems like EA's Online Pass, which requires those without a new game's code to pay $10 to play EA Sports games (such as Madden) online. These systems have been mirrored by THQ and other companies, and now Sony may be poised to join their ranks.

Andrew House, president of Sony Europe, spoke to Games Industry on the issue, and about what Sony plans to add to the equation. "On the principle of making online portions of the game available or unlocked from the disc-based release for a fee, we're broadly supportive of that," he said. "And we're exploring actively the same option for our own content."

This would almost assuredly mean that Sony's MLB: The Show series could include a code in the new box required to play online, and perhaps even future releases of titles like Uncharted, which added a multiplayer mode in Uncharted 2, or the online co-op Ratchet & Clank: All 4 One. House did not go into detail on what Sony's version of Online Pass would be like, should one come into existence.

However, don't be afraid that Sony will simply charge people randomly for silly things. Talking about the PlayStation Network, House said Sony feels "very vindicated and bases a lot of the success of PSN today - a 70 per cent connection rate across consoles - on the fact that it's removed that major initial barrier to entry," referring to how the PlayStation Network is completely free.

Sony might not be the biggest publisher in the world, but it's certainly prominent. When you buy a PlayStation 3, chances are you're going to buy at least one Sony game to go along with it. And if Sony goes over to the Online Pass side, Microsoft, and perhaps even Nintendo, can't be far behind. I can't say I blame publishers for trying to participate in the used games business, but I wonder how general consumers will take it when these codes become more of a well-known factor.