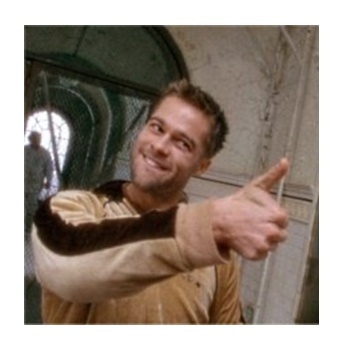 A film version of the hit Red Dead Redemption is reportedly being planned, with the lead role being held for none other than sexy super-stud Brad Pitt.

Has it been awhile since you've seen a decent Western? Clint Eastwood brought an emphatic full stop to the genre with the 1992 release of Unforgiven, a dark and decidedly unglamorous look at the lives of gunfighters and bounty hunters, and since then our pickings have been a little on the slim side. Tombstone was underrated genius and 3:10 to Yuma was solid, but fans of dirty, unshaven men, monstrously huge revolvers and women who know their place have been sadly underserved over the past couple of decades.

But the semi-surprising success of Rockstar's Red Dead Redemption may one day mean a new addition to that big-screen corral, with none other than Hollywood hunk o' burning love Brad Pitt in the saddle. According to sources, he's currently the "hot favorite" to star as John Marston in an epic cowboy film based on the game.

"This is an exciting project with a great character at the center of it," a source told Showbiz Spy. "The idea is to make this in the style of an epic Western movie but with a few modern touches. Brad is perfect for the role and he is being given first refusal."

Could this be the videogame movie that finally gets it right? I'm not what you'd call a Brad Pitt fan, although I liked what he did in 12 Monkeys, but there's no denying he'd bring a certain cachet that most other actors just can't match. RDR itself, a classic Western tale of betrayal and violent justice, seems like solid source material. On the other hand, this is Hollywood we're talking about. I'm not holding my breath.