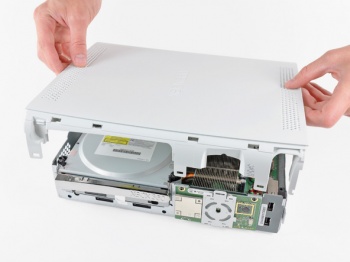 Old broken consoles and handhelds are trash no more, thanks to a host of free repair guides provided by iFixit.

In the past, when a videogame console died there was often no simple way to get it repaired outside of warranty, especially if it was an older one. A company called iFixit wants to put the power to keep your consoles going squarely in your own hands, as it has recently released free guides for 24 different videogame products that cover 206 different repairs and upgrades.

Chances are good that if you purchased an Xbox 360 up until about a year ago, it died on you at some point. Red ring of death aside, we all wish that videogame consoles could be miraculous pieces of technology that last forever, but that isn't the case. IFixit's guides not only cover issues that could fix a RROD, but an LCD screen for a Sony PSP or Nintendo DS, a PlayStation 3 motherboard, a power supply for a Dreamcast, and even the optical drive for the new slim Xbox 360. The company's goal was to free customers from being stuck with the manufacturer as their only repair source.

The guides cover older systems too, from the Sega Game Gear to the Super Nintendo. Some guides are simpler, while others are full-fledged with pictures every step of the way. Ifixit says they're the result of thousands of hours of community labor, including some from engineering students that developed them for technical writing classes.

The bottom line is that we don't have to throw away old or new consoles anymore when they start getting wonky. At the least, iFixit's repair guides can be a last resort towards fixing up a broken system, while they're also a depository of information for interested tinkerers. Just keep in mind that cracking open a system is a delicate process and will void any warranty.

Jimquisition: Why PC Gaming Gets Away With It Jimothy Sterling 295 Comments

A New Breed of Player Marshall Honorof 39 Comments
Comments on