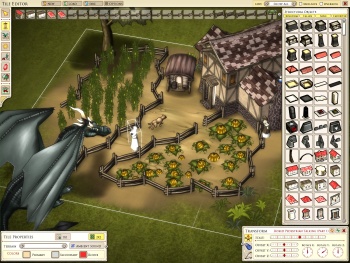 An overall negative response to the launch of Elemental: War of Magic has forced Stardock to conduct a round of layoffs.

When Stardock head Brad Wardell called the launch of Elemental: War of Magic a complete "fail," he added that it would have consequences for the studio/publisher. Those consequences have turned out to be a round of layoffs.

The confirmation of Stardock layoffs came after Shacknews first received an anonymous tip claiming that several employees were let go. Amongst the laid off were members of the Elemental design and sales teams. The source claimed that the layoffs were caused by Elemental's "disastrous launch."

Through the Stardock forums Brad Wardell confirmed that the rumors were true and that the layoffs were necessary due to Elemental's poor reception. "Elemental's revenue was anticipated to provide the revenue both for our main games team's next project as well as a second team," Wardell wrote. "Unfortunately, that is unlikely to happen so we've had to start laying people off."

Wardell pointed out that Stardock hasn't been forced to get rid of an employee since 1998. He breaks down the layoffs as follows: "A DB manager, a receptionist, a QA tester, a developer, a designer, a sales executive and a web designer." He asserts that these people are not being fired, and that nobody did anything to deserve a firing, but the company's financial projections and budget revisions were simply not positive enough to be able to keep everyone around.

Wardell calls the "ultimate casualty" the second Stardock team that Elemental was meant to fund. The core Elemental team will still remain in place to presumably support the game with planned fixes, as it has been doing regularly since the game's release on August 24.