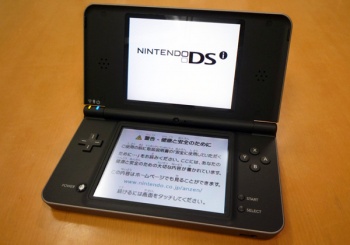 Nintendo steps out of the courts and takes the fight against DS pirates to cyberspace.

A new firmware update for the Nintendo DSi has apparently blocked a number of flash carts from working with the device. The Nintendo site says that the 1.4.1U update provides the "behind-the-scenes improvements to system performance," which reportedly includes preventing the use of some of the most popular brands of flash carts.

Nintendo has released multiple updates for the Wii in order to combat the use of homebrew and pirated software, but this is the first update for the DSi in over a year. Nintendo's tactic for the DSi has been to appeal to courts, and has won a number of lawsuits in Japan, Australia and Europe either seeking to ban the sale of flash cartridges, or to seek compensation against people selling them.

Most flash cartridges can load firmware updates of their own, so this block is only a temporary solution at best, but considering the massive impact Nintendo claims piracy has on DS software sales - it blamed a drop of nearly 50 percent in European sales on piracy - any reprieve is likely to be welcomed.