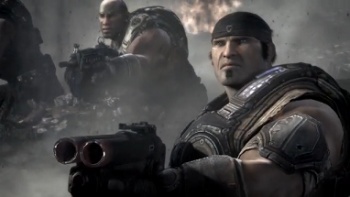 Mafia 2's producer wants to see better stories in games, and thinks that being more inventive with the characters is a good start.

The videogame industry has a number of challenges it must overcome, and Mafia 2 producer Denby Grace thinks he has identified the biggest one. In his view, game makers are using a specific character type a little too often and creating too many games filled with "gay space marines."

The comment was in response to the question of what he thought was the biggest problem that modern games suffered from; a question he said was too general to be able to really answered concisely. His remarks were obviously a little tongue-in-cheek - Grace said that he had been described as an "asshole" in the past - but he probably wasn't being completely facetious, as he also said that one of his hopes for the future was that videogame writing would improve.

Grace isn't the first person to suggest that videogame stories need to improve, and he certainly won't be the last. Mirror's Edge writer Rhianna Pratchett said something similar a year ago when she complained that games tried to emulate Hollywood action movies far too much. How important story is varies from person to person, and not everyone is going to share Grace's concerns, but I don't think that anyone would suggest that a little bit more variety in what we play is a bad thing.